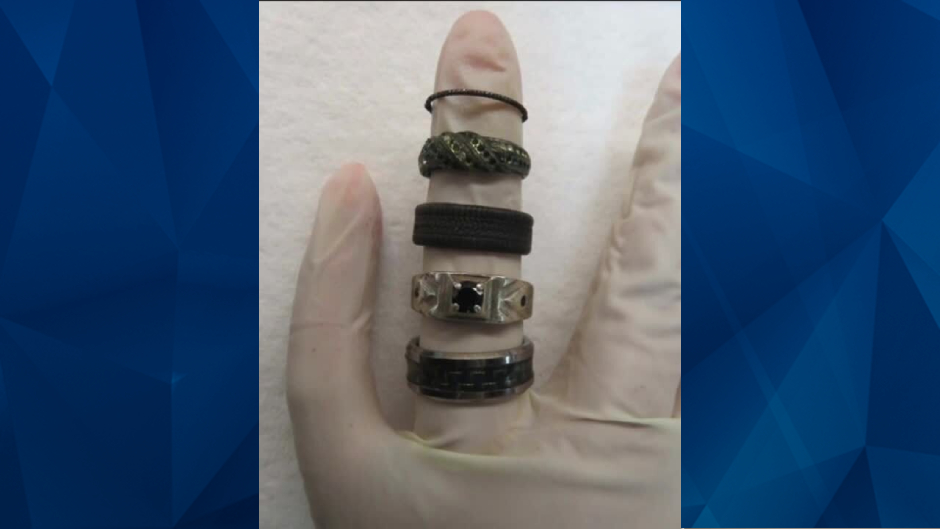 Wisconsin authorities are working to identify a body that was discovered in an abandoned building last week.

According to WTMJ, the skeletal remains were found on August 10 in a building in Milwaukee that was described as a multi-use building with a church on the first floor and additional rooms upstairs. The medical examiner’s office said most of the body was mummified except for the head, feet, and one hand.

An autopsy turned up no sign of drug use or observable signs of any injuries. Officials identified the decedent as a man based on the clothes he was wearing. WTMJ reported that he was found wearing five rings, two jackets, athletic pants, long underwear, and a red allergy bracelet which typically comes from hospitals. The man is believed to be Black.

According to the news outlet, the unidentified man has a tattoo on his left arm that reads “King” and a tattoo on his right arm that includes the letters “S-A-V-A.” The man reportedly has additional tattoos which are indiscernible.

Anyone with information regarding the man’s identity is asked to call the Milwaukee Police Department at 414-935-7360 or the Milwaukee County Medical Examiner’s Office at 414-223-1200.