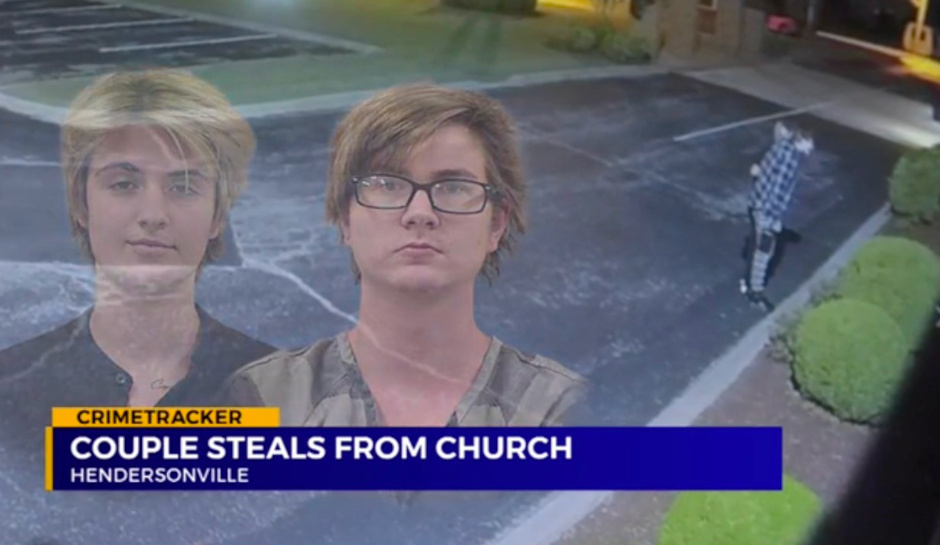 A young Tennessee couple on their first date learned that they both played piano and decided it would make a lovely evening, playing piano together.

So they went to a Hendersonville church shortly before 1 a.m. Thursday, figuring a church would have a piano, and were surprised to find the door unlocked.

Danielle Salvato, 19, and Sebastian Spencer, 20, played for about 30 minutes, then left with a few souvenirs — four bibles, a pair a drumsticks, and a church collection plate, WKRN reported.

The pastor of Indian Lake Peninsula Church noticed that someone had been inside the church later that morning and called police.

Investigators checked surveillance footage, which offered a clear image of Salvato’s orange 2004 Ford Mustang as well as the couple walking up to the door and entering.

Police said the two confessed and surrendered the stolen items.

“They just admitted it was dumb, probably should not have done it. They knew it was a mistake inherently,” said Fye, “They did not apologize.”

Salvato and Spencer were charged with misdemeanor theft and felony burglary.