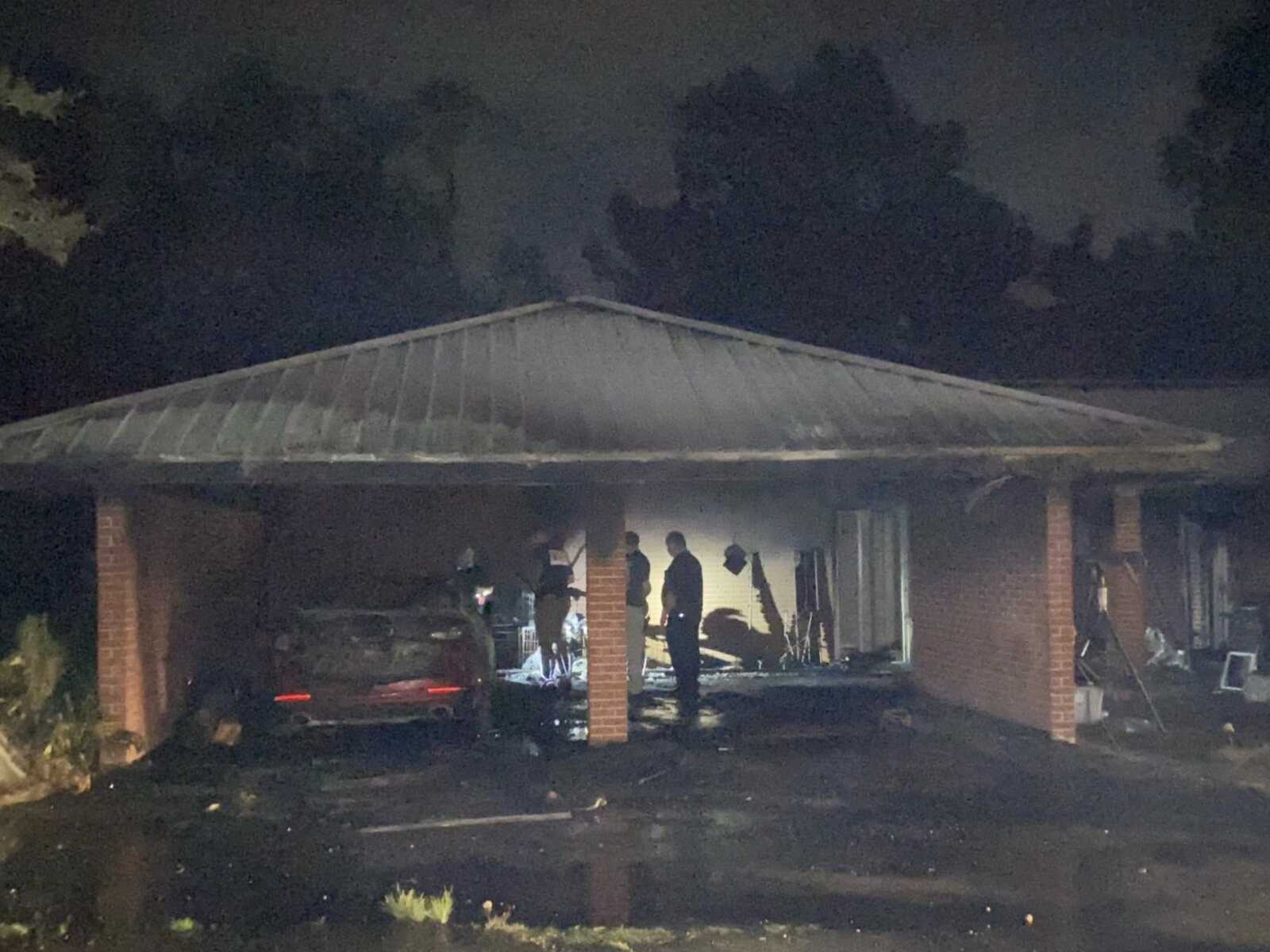 A pet dog awoke two sisters after their mother’s ex-boyfriend set fire to their Louisiana home, letting the 11- and 14-year-old girls escape from the blaze.

The hero dog, unfortunately, died in the fire.

The Office of the State Fire Marshal said Danielle Johnson, 38, was arrested after allegedly setting the blaze in Hammond late Saturday night.

It’s not clear where the mother, who owned the home, was at the time of the fire.

Fire marshals and the Hammond Fire Department determined the fire was set outside the home’s front door.

Johnson has been charged with two counts of attempted second-degree murder and one count each of aggravated arson, aggravated animal cruelty, violation of a protective order, and criminal trespassing.