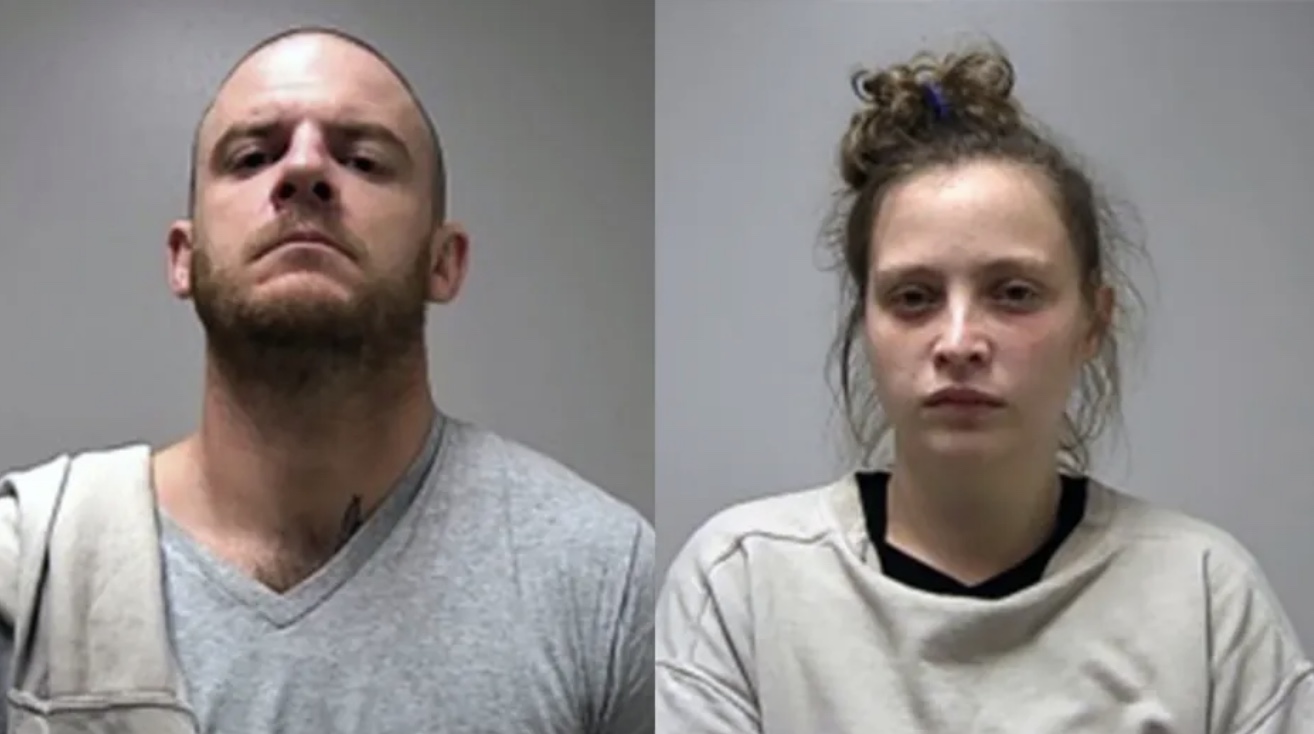 A Georgia couple was arrested this month after a deputy pulled them over and found drugs on the front floorboard next to a toddler’s discarded McDonald’s Happy Meal.

The 2-year-old girl was riding in the SUV’s back seat on August 8 when a Coweta County deputy thought it was suspicious that the driver hit his breaks upon spotting the police cruiser.

Investigators said 34-year-old Jonathan Loftis was nervous as the deputy approached, WAGA reported. The deputy said he saw the toddler in the backseat and could smell marijuana as he approached.

Deputies asked Loftis and his passenger, 23-year-old Bethany Smith — the toddler’s mother — to get out of the car. The reported that Smith had trouble walking.

The deputies found a bag contained marijuana and enough methamphetamine to charge the couple with trafficking on the front passenger floorboard, right next to what had apparently been the 2-year-old’s dinner.

“Not only was there a 2-year-old found in the car, but the drugs were found in very close proximity to a Happy Meal box, which makes the whole thing worse,” Coweta County Investigator Toby Nix said.

The deputies contacted a relative and handed the little girl over to him.

In addition to trafficking methamphetamine, a felony, Loftis and Smith were charged with misdemeanor marijuana possession and booked into Coweta County Jail.