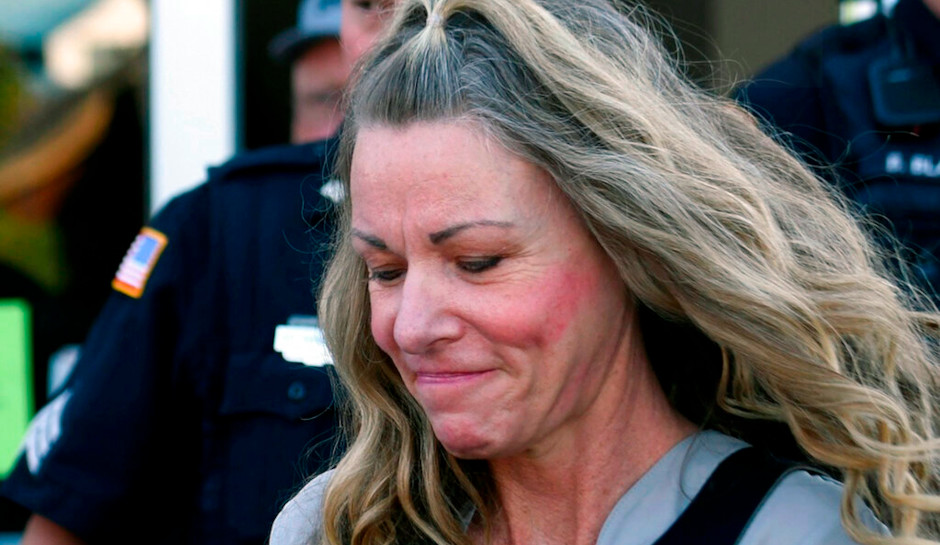 A three-part documentary premiering on Netflix next month attempts to understand how cult mom Lori Vallow went from loving wife and mother to suspect in the murders of two of her children.

The dramatic trailer for “Sins of Our Mother” opens with another of Vallow’s children, Colby Ryan, on the phone with his mother while she is in jail awaiting trial. “I’m not good,” he tells her.

“I would have never thought you would have ever done something like this,” he says.

“What is it you think that I’ve done?” she replies.

Interviews with Ryan and other relatives are interspersed with clips of Vallow competing in the 2004 Mrs. Texas pageant — in which she says that being a good wife and mother are important to her but adds that she’s “basically a ticking time bomb” — and clips of her apocalyptic husband speaking about the end times.

Vallow’s story first hit the news with the disappearance of Joshua “JJ” Vallow, 7, and Tylee Ryan, 17, in the fall of 2020, as CrimeOnline has reported. It soon spread nationwide as Vallow and her new husband, Chad Daybell, stopped cooperating with authorities and fled to Hawaii, where Vallow was eventually arrested and brought back to Idaho.

Investigators began looking into the deaths of Daybell’s first wife, Tammy Daybell, who died just weeks before the Daybell and Vallow marriage. And then there was the death of Vallow’s husband, Charles Vallow, who was shot to death by her brother two months before the marriage. And then, in June 2021, investigators found the bodies of JJ and Tylee buried on property owned by Chad Daybell.

“Sins of Our Mother” says that the Vallows — Lori and Charles — appeared to have “the ideal marriage.”

“But her beliefs had become a lot more extreme,” the trailer says. “After she met Chad Daybell, she changed.”

Daybell teaches of an apocalypse to come that only righteous people will survive — and he says he “can distinguish evil spirits from good spirits.” Before his death, Charles Vallow wrote that Lori “calls her own daughter a dark spirit.”

Colby Ryan, however, doesn’t believe his mother was under the sway of Chad Daybell. As he says in the trailer, “My mom was just playing every card on everybody.”

“Lori Vallow has many faces. That of a mother, sister, wife — and liar,” “Sins of our Mother” director Skye Borgman told E! News. “I don’t know if we will ever know exactly what motivated Lori to commit such unspeakable crimes. But to formulate any answer we must look at Lori through the eyes of the people who knew her best.”

The documentary premieres on September 14.