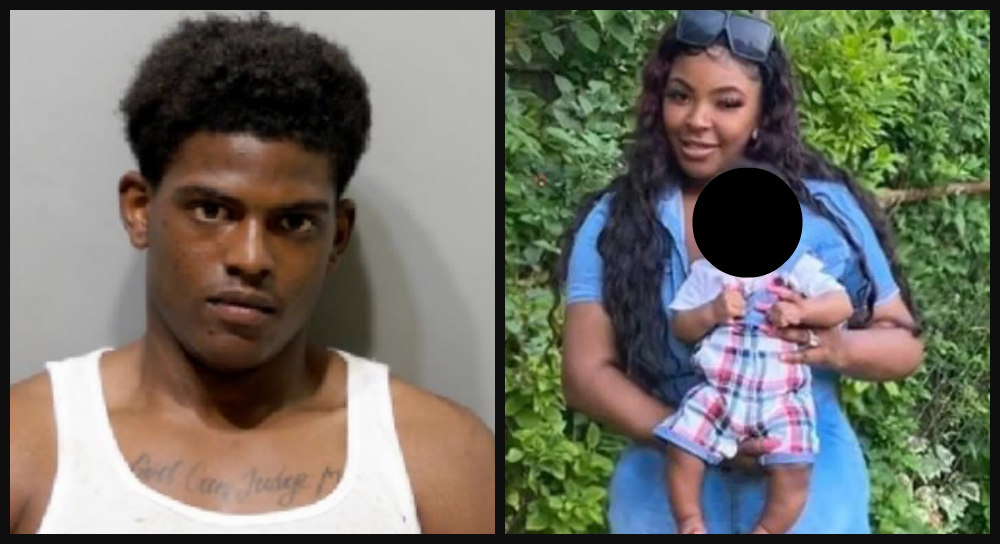 According to Fox 2 Detroit, 23-year-old Jonathan Welch returned to court Monday for triple murder and related charges, in connection with the death of his girlfriend, Zlayiah Frazier, his stepfather, Robert Bray Jr., and mother, Flossie Bray. The incident happened in July at Welch’s mother’s home in Harper Woods.

He’s accused of killing all three after his mother secured a bail bond for him earlier this year, allowing him out of jail while wearing a GPS monitoring device.

As CrimeOnline previously reported, police say the string of violence began on June 2, when Welch allegedly attacked his girlfriend. Welch reportedly strangled the woman with an extension cord, doused her with gasoline and set her genitals on fire, burned her using a scalding spatula, and sexually assaulted her with a pole.

A detective who responded to the incident said Monday that Welch became upset with Frazier wouldn’t allow him to see her phone. Thinking she was talking to others behind his back, the defendant allegedly began torturing and threatening her.

The incident lasted four hours, police said, with Frazier trying to check on her crying baby in the home while Frazier tortured her. The victim was able to escape and run to a neighbor’s home for help.

Frazier was subsequently arrested, but less than a month later, he was out of jail, and police say he finished what he started.

On July 10, police arrived at the scene after the second incident, and noticed Welch had barricaded himself inside the home. Welch’s mother, who had been attacked, was able to free herself and escape across the street.

“She started to collapse so I helped her down and I had to keep her up because at that point I see the knife is still in her back,” neighbor Ruth Tabone said earlier this year.

The mother was rushed to a hospital with critical injuries but ultimately passed away. Welch is said to have stabbed her numerous times with a butcher knife.

Those who live nearby said they saw Welch drop a baby out of a window. The infant, identified as Welch’s 1-year-old son, was found alive in the backyard. Police allege that Welch also fired a gun at officers and attempted to set fire to the home.

He surrendered after a 7-hour standoff.

Inside the home, police found the bodies of Frazier and his stepfather.

Prosecutors have now charged Welch with 19 counts, including charges of first-degree murder, according to Fox 2 Detroit.

“This is the court’s worst nightmare, the worst possible scenario that could happen,” King said. “The witness has been killed after the defendant was placed on bond, given the benefit of being placed on bond with house arrest.”

Welch now remains behind bars without bail in Harper Woods. Check back for updates.