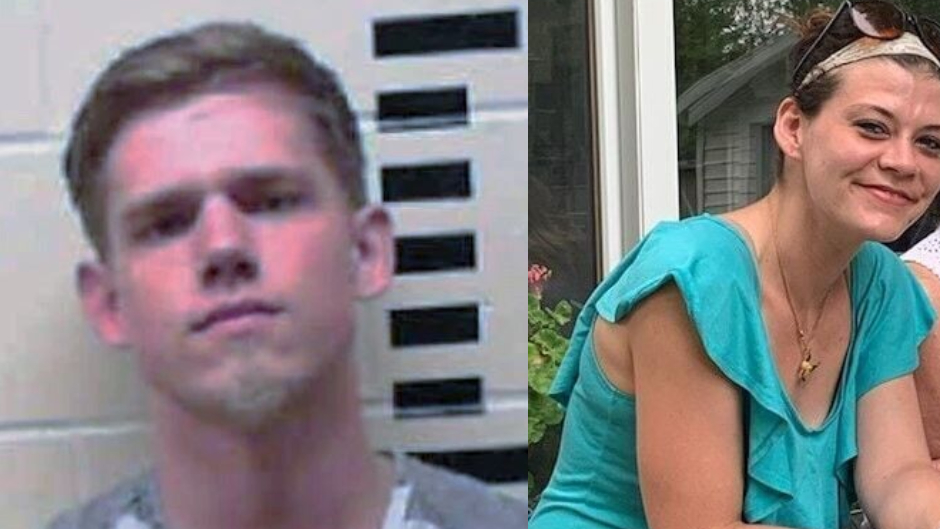 ‘Satanist’ Murders & Decapitates Woman, Then Puts Her Head on Stick in Park

Iowa police arrested a man on Monday for killing a missing woman whose decapitated head was discovered last year.

Angela Bradbury, 29, vanished on April 6, 2021, after she was released from jail for trespassing at a car dealership. Bradbury was reported missing in February 2022 — months after a skull was found affixed to a stick on the Cedar River Greenbelt Trail near Mitchell, according to the Des Moines Register.

A teen hiker discovered the skull in July 2021, three months after Bradbury was last seen. However, the remains were not confirmed as Bradbury until March of this year. The Iowa State Medical Examiner’s Office used DNA and dental records to make a positive identification.

Fox News reported that more of Bradbury’s remains were discovered on the trail in April 2022. The medical examiner deemed Bradbury’s death a homicide.

Suspect Nathan Gilmore, 23, allegedly picked up Bradbury from the Cerro Gordo County correctional facility on April 6, 2021, and took her to her friend’s residence in Mason City. Bradbury’s friend said she later went with Gilmore to his home in St. Ansgar — marking the last time Bradbury was seen alive, according to The Courier.

Department of Motor Vehicle records led authorities to Gilmore. The Des Moines Register reported that detectives linked Bradbury and Gilmore because Gilmore had an arraignment in Cerro Gordo County court around the time Bradbury was released from jail.

According to The Courier, a search of Gilmore’s phone reportedly turned up text messages in which he wrote, “Youll be lookin like the body they found outside Mitchell boy” and referred to a stabbing. Gilmore reportedly also referenced the murder in messages sent via social media.

“I’m in my pocket with my knife and the bubbling noise blood makes when air passes through the hole in the neck before it reaches the mouth makes me hard. Gets me off,” he allegedly also wrote.

Earlier this month, Gilmore reportedly told cops that he was at the park the day Bradbury’s skull was discovered and he offered an accurate description of the skull. He initially claimed he did not know of Bradbury, but he later said he picked up a woman matching her description from Cerro Gordo County jail and took her to a home in Mason City, The Courier reported.

According to The Courier, GPS data from Gilmore’s Facebook account showed he was in the vicinity of the Greenbelt River Trail Park on the evening of April 6, 2021, around the time of Bradbury’s disappearance.

Police believe the numbers refer to the date of Bradbury’s disappearance (April 6, or 04-06), 0590 is apparently a slang term for someone who wants to die, and the approximate coordinates for Greenbelt River Trail Park (43.3, -92.8, latitude and longitude).

Gilmore is charged with first-degree murder. His bail was set at $1 million.