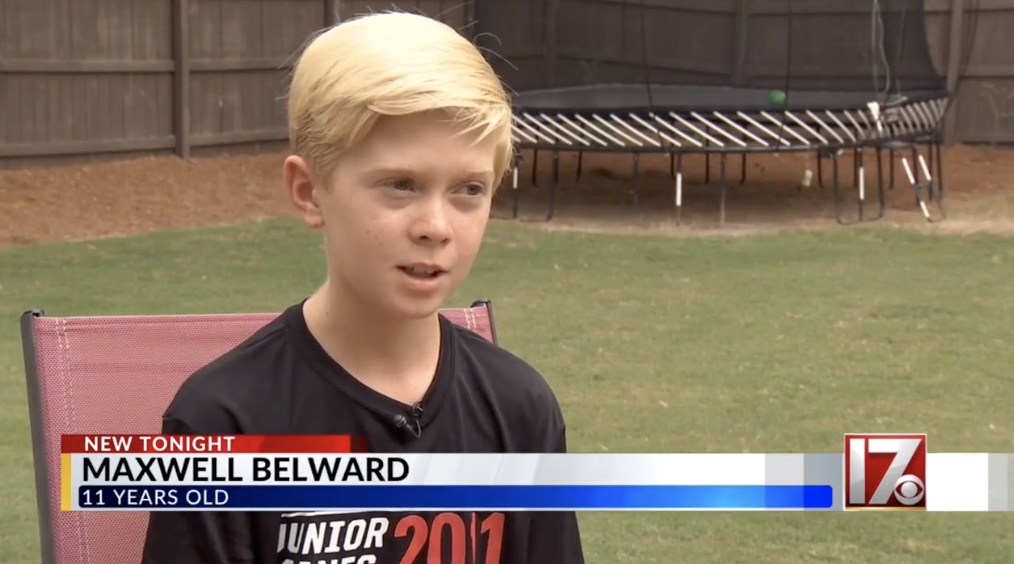 An 11-year-old North Carolina boy saw a toddler slip away from his mother and jump into a swimming pool earlier this month, and when he couldn’t get anyone’s attention to help, he just rescued the boy himself.

Max Belward was at the pool but not swimming that day because he was recovering from swimmer’s ear, WNCN reported.

“I see flailing arms around, and I look over and see a two year old that’s drowning. His head is under water,” Max told the station about that day. “I was like ‘Oh my gosh. This kid is drowning,'”

In the raucus din at the Cary neighborhood pool, nobody heard Max’s calls for help. So he went to the edge of the pool and pulled the toddler to safety.

“All my friends that were in the pool just looked at me and they saw the kid, and then me, and they were like ‘What just happened?’” he recalled.

Surveillance video from the pool shows a very calm Max rush to the edge of the pool. He said he learned how to keep his wits about him at Ocean Isle Beach Surf Camp.

“They teach you all about water safety, how to stay calm in the water if there is ever an emergency,” he said.

Max’s parents say the toddler is doing fine, and the two families and forged a bond.

“We really think he was on that pool deck for a reason and you know … Max and the little boy will be forever connected through this event,” dad Keith Belward said.

Max, who plays hockey and lacrosse, said he doesn’t think he was hero. “I was just in the right place at the right time,” he said.

Keith Belward, however, disagreed with his son. “We’re very proud of Max, and he’s a hero to us,” he said.