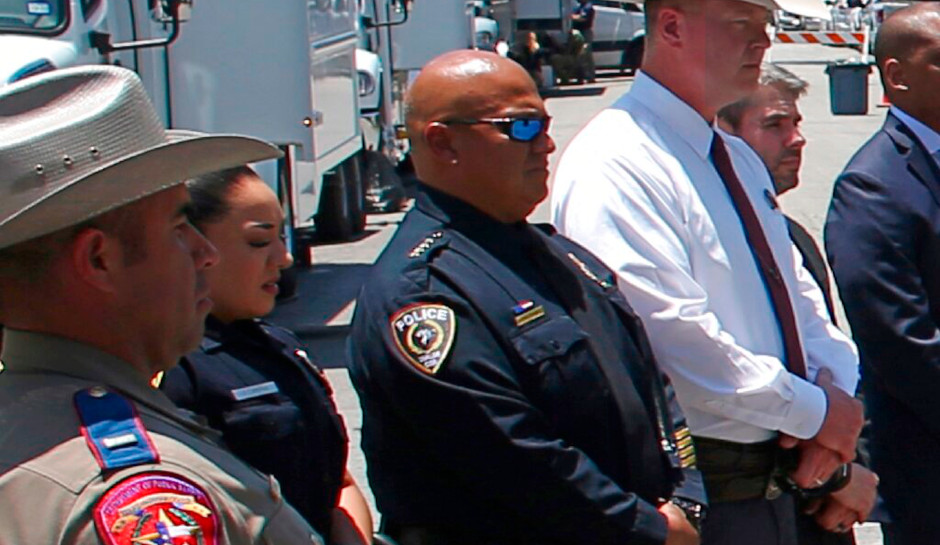 A Texas school board on Wednesday fired its district police chief, three months to the day after a gunman killed 19 4th graders and two teachers at a school under his purview.

Uvalde School District Police Chief Pete Arredondo was widely criticized for response to the shooting, in which dozens of police officers stood by for more than an hour while the 18-year-old shooter was inside an unlocked classroom with the students and their teachers, as CrimeOnline previously reported.

According to an active shooter response protocol that he helped write, Arredondo should have been the incident commander. But he told the Texas Tribune in an interview in early June that he didn’t consider himself the incident commander and didn’t even bring his police radios with him into the school.

Arredondo didn’t attend the Uvalde school board’s meeting, citing death threats against him, the Tribune reported. Instead, he sent a statement through his attorney, George E. Hyde.

“Chief Arredondo will not participate in his own illegal and unconstitutional public lynching and respectfully requests the Board immediately reinstate him, with all backpay and benefits and close the complaint as unfounded,” Hyde said in a statement.

Hyde’s statement accused the board of violating Arredondo’s right by failing to conduct an investigation into his response to the deadly mass shooting. A Texas House committee did an intensive investigation into the shooting response and determined that it lacked clear leadership, basic communication, and urgency. A US Border Patrol tactical team entered the classroom after 77 minutes and killed the gunman.

Arredondo told the committee he considered the incident to be a “barricaded subject” rather than an “active shooter.”

“With the benefit of hindsight, we now know this was a terrible, tragic mistake,” the House report said.

Around 100 people, many of them relatives of the victims of the shooting, attended the meeting. Four people spoke during a public comment period, and then the board went into a closed session to discuss the issue.

Jesse Rizo, whose niece Jackie Cazares died in the shooting, said that firing Arredondo would help the community heal but that there were more people and agencies who need to be held accountable. Rizo said he was shocked when Arredondo’s attorney asked for reinstatement with backpay.

“The audacity,” he said. “Who would come up with that? You didn’t have a car wreck into a stop sign. You had a loss of life. Twenty-one of them.”

Some Uvalde residents have called for the termination of Schools Superintendent Hal Harrell, who recommended Arredondo’s firing, and Uvalde County Sheriff Ruben Nolasco. The school board discussed complaints against Harrell on Monday but took no action. It’s not clear if county officials have considered the push to fire Nolasco.