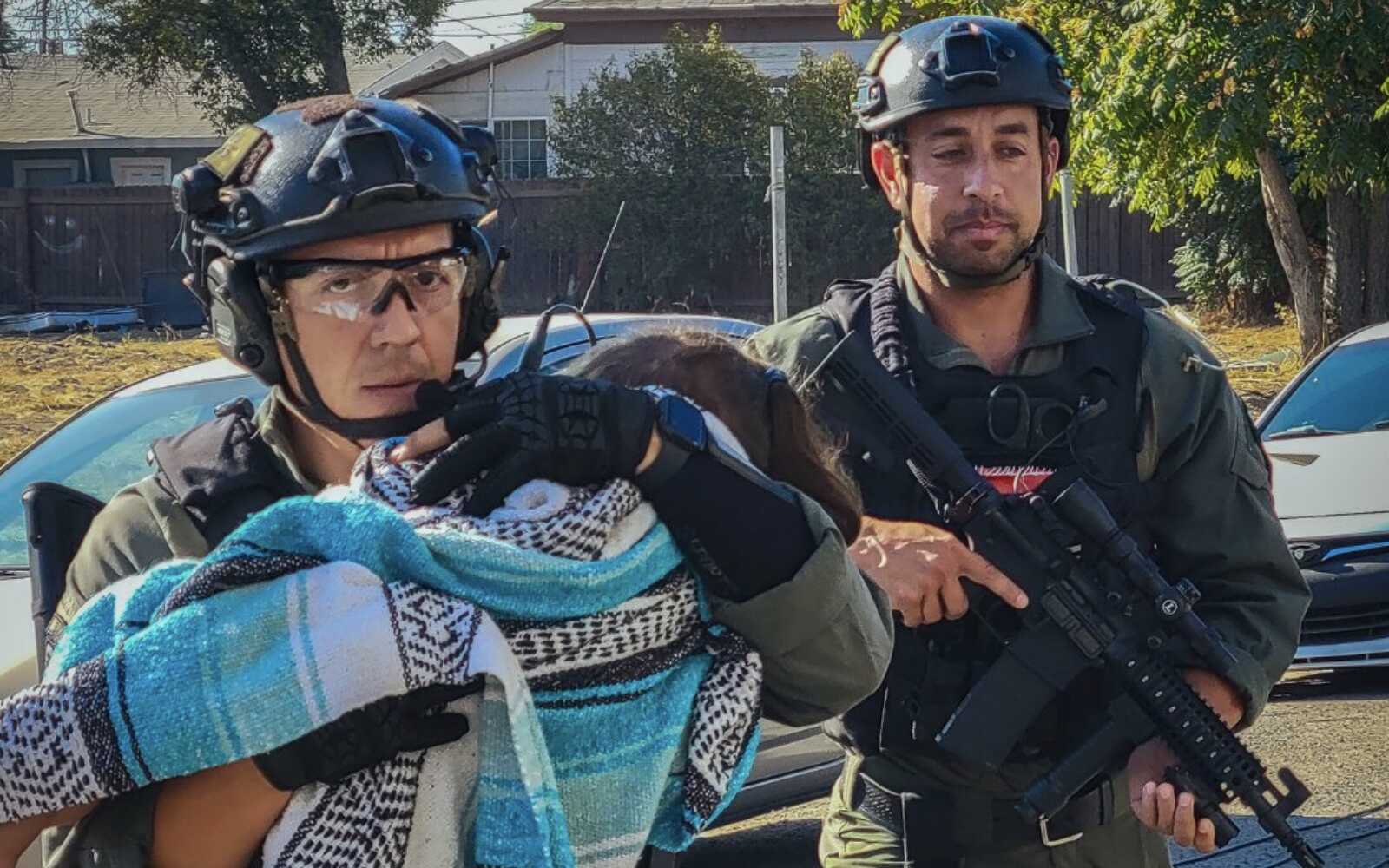 A California man broke into his ex-girlfriend’s home Saturday morning and fled with their toddler daughter after dragging the woman across the house by the hair, hitting her several times, and threatening her with a gun.

Investigators said the mother told them that Raymond Ornelas, 30, broke into a bedroom window and attacked her before grabbing the 2-year-old girl and fleeing the scene.

Police tracked down Raymond Ornelas, 30, to a place where they believed he was hiding, the San Bernardino Police Department said.

The San Bernardino Police Department is dedicated to keeping our citizens safe through the relentless pursuit of dangerous individuals.@SBPD_CHIEF pic.twitter.com/fZfXivCtrv

After securing a search warrant — and with the help of a SWAT team — Ornelas was arrested and the toddler rescued without harm.

She was returned to her mother.

Ornelas has been charged with burglary, domestic violence, assault with a deadly weapon, and kidnapping.