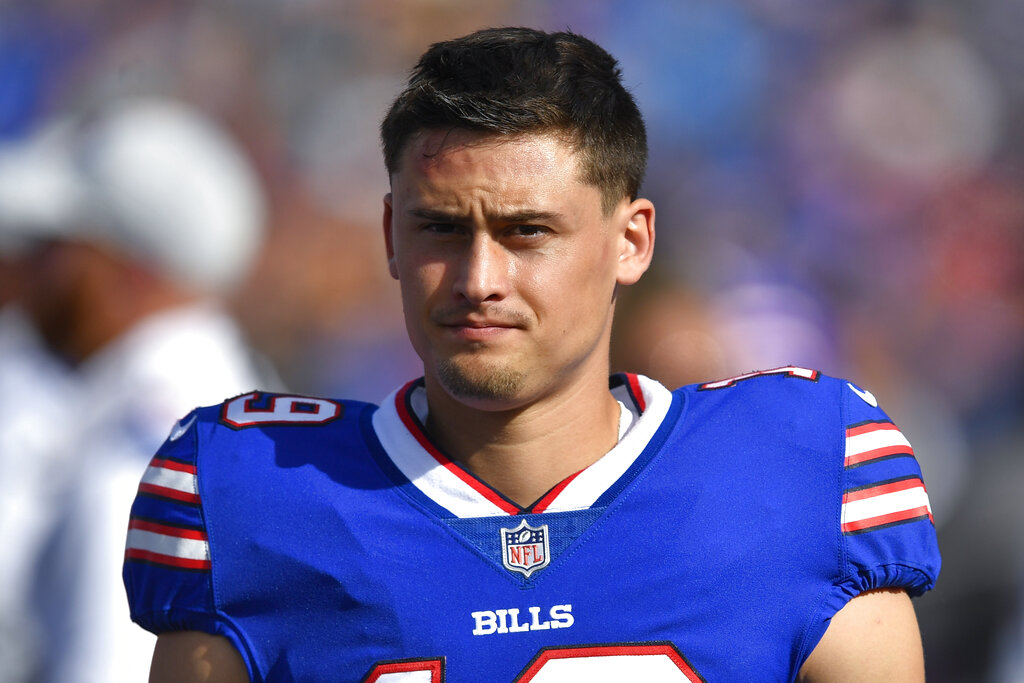 Buffalo Bills punter Matt Araiza has been released from the team following allegations that he raped a teen girl last year, ESPN reports.

Araiza, 22, is one of three men accused of gang-raping the high school senior at a Halloween party in 2021 while he was a student at San Diego State University.

The victim alleges in a lawsuit filed this week that she and Araiza had sex outside of a house party while she was 17 years old, under California’s age of consent. The lawsuit further accuses Araiza of bringing the girl to a bedroom in the house, where two other men raped her multiple times.

The suit alleges that piercings in the girl’s ears, belly button, and nose were removed during the episode and that she was left bleeding from her vagina. The civil lawsuit accuses the three men of rape, gender violence, and false imprisonment, according to ESPN.

Meanwhile, police are still conducting a criminal investigation into what happened.

In a statement, Araiza acknowledged an “incident” occurred but he denied the allegations.

“The facts of the incident are not what they are portrayed in the lawsuit or in the press,” Araiza said in the statement, according to Fox News. “I look forward to quickly setting the record straight.”

“I 100% do not believe that he ever forcibly raped this girl or had sex with her while she was passed out or drunk or anything like that,” Armstrong told The Associated Press. “It’s unfortunate that she’s filed a civil suit. I think it’s a cash grab.”

Araiza was held out of the Bills’ final preseason game on Friday. Bills General Manager Brandon Beane said the team is taking what it believes is responsible action with the information available.

“We tried to be thorough and thoughtful and not rush to judgment, and I would say it’s not easy. You’re trying to put facts around a legal situation sometimes with limited information,” Beane said at a press conference on Saturday, according to Washington Post reporter Nicki Jhabvala.

He added: “Our culture in Buffalo is more important than winning football games.”