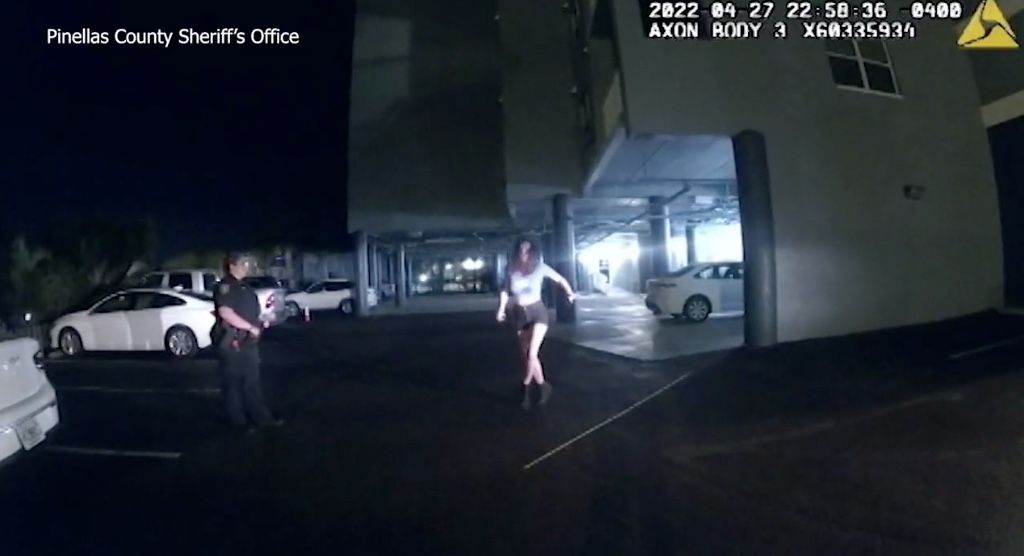 A Florida woman tried a few dance moves — specifically ballet and Irish folk dances — to get out of a DUI earlier this year.

The Pinellas County Sheriff’s Office released the video Friday of 38-year-old Amy Harrington’s attempts to take a roadside sobriety test after she rear-ended another vehicle just a mile from her home on April 27, according to WFLA.

Arrest documents say Harrington had bloodshot, watery, and glass eyes and dilated pupils when deputies arrive on the scene, and she “struggled to follow instructions, and was unsteady on her feet almost falling” when asked to walk a straight line.

The body camera footage shows one deputy asking Harrington if she wants “to pay attention so I can give you the instructions?”

“Yeah, well, you sound like my ballet coach,” Harrington replies before taking a few steps on the line and performing a ballet sequence.

“That wasn’t the exercise I was demonstration,” the deputy deadpans, and Harrington launches into a hybrid ballet/Irish folk dance.

She even sways and twirls and tosses her long hair for good measure.

The sheriff’s office said Harrington later refused testing, the second time she’d done so, having refused a sobriety test before on March 3, 2019. They didn’t say if she danced for the deputies on that date.

Deputies said they found a white foam cup with a light yellow liquid in Harrington’s center cup holder; it smelled of alcohol. They charged her with driving under the influence with property damage, violation of the open container law, and refusal to submit to testing, according to court records. She’s scheduled for a pre-trial hearing on Tuesday.