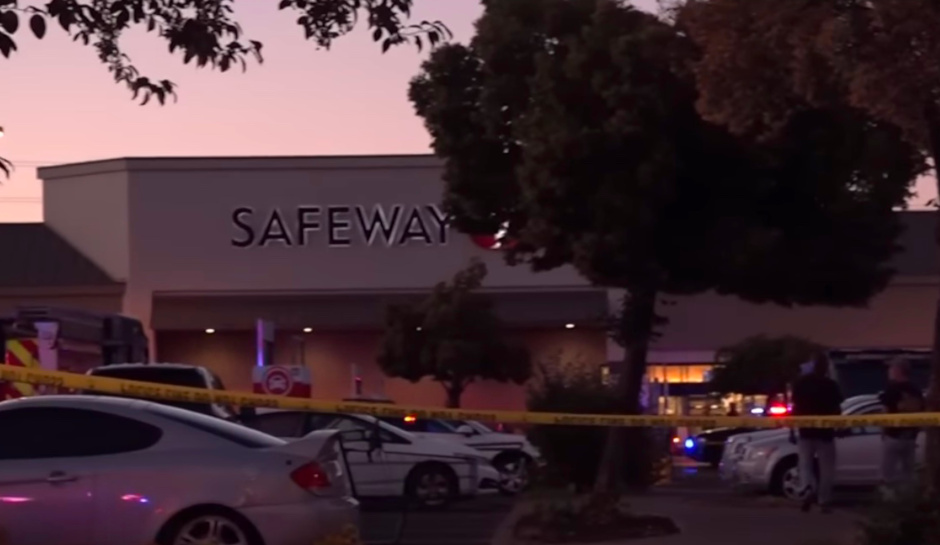 Three people are dead after a gunman opened fire at an Oregon grocery story Sunday night.

The suspected shooter is one of the dead, Bend Police Chief Mike Krantz said, according to the Central Oregon News.

Krantz said the gunman apparently came into the Forum Shopping Center parking lot from a residential area behind the center at about 7 p.m.

“The shooter moved through the parking lot from the Costco on the west end, shooting rounds from an AR-15-style rifle,” Krantz said. “The shooter entered the west entrance of Safeway.”

Bend Police are at the Safeway in the Forum shopping center after a shooting there. Two people are confirmed dead, as well as one deceased person we believe is the shooter. More information to come.

The gunman shot one person at the entrance to the grocery store; that person was later pronounced dead on arrival at a hospital. Inside the store, the shooter killed a second person.

When officers arrived, they reported hearing gunshots from inside the store, but they found the suspected gunman dead inside with the AR-style rifle and a shotgun nearby. Krantz said no officers fired their weapons.

Krantz said one person was wounded in the shooting but the injuries were not life-threatening, KOIN reported.

Krantz also said that investigators were following up reports that the gunman made social media posts prior to the shooting, KTVZ said.

The shooting sent shoppers and employees alike scrambling. Josh Caba told KTVZ that he was inside with his four children shopping while his wife, who wasn’t feeling well, waiting in the car outside.

“About 10 minutes later, we started heading to the front,” he said. “Then we heard I don’t know how many shots out front – six or seven. I immediately turned to my children and said, ‘Run!’ People were screaming. … it was a horrifying experience.”

Caba and three of the children ran out a back exit and found that his wife had driven around to the back and was shouting for them to “Get in the car!” Realizing one child wasn’t with him, Caba went back in and found her, then escaped to the safety of the family car.

An employee named Robert told Central Oregon News that he and three co-workers “ran into a walk-in refrigerator and closed the door and stayed there and stayed hidden until authorities arrived.”

Some witnesses reported the gunman was dressed in black, and others said he was carrying duffel bags. That information has not been confirmed by police. He reportedly “stalked the aisles,” spraying gunfire as he went.