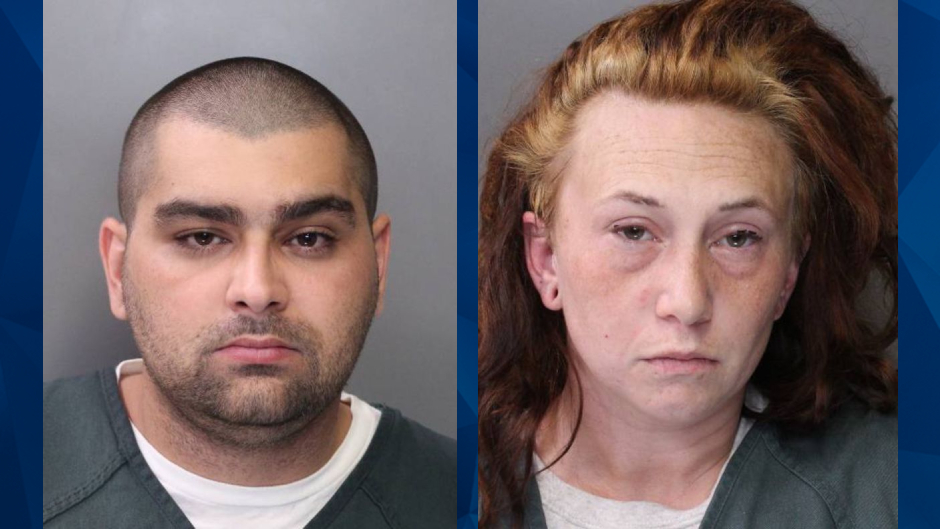 A Massachusetts couple was arrested last week for allegedly assaulting and raping a woman in a New York hotel room.

On August 23, a Red Roof Inn receptionist told Onondaga County police that a 34-year-old woman wearing only a shirt ran to the front desk asking for help. Police said Tasheana Flannery, 30, and Dustin Wilson, 27, beat the woman with a baton, repeatedly raped her, and abused her with sex toys in a hotel room, according to Syracuse.com.

The victim reported that she had been raped by the two suspects in room 207. The receptionist recalled checking in Tasheana Flannery, 30, on August 18, and that Flannery was with a man and two young children, Syracuse.com reported.

Police said Flannery is the children’s mother — and that the children were aware of the sexual assault that occurred in the hotel room.

The victim reportedly met Flannery and Wilson at the hotel. She allegedly claimed the suspects repeatedly raped her, used sex toys to hurt her, and forced her to perform oral sex on them.

After the victim somehow escaped from the hotel room, the receptionist reportedly hid her in a closet as she called 911. The receptionist told cops that the victim’s injuries appeared as if she fell down a flight of stairs, and rings around her wrists suggested she was tied up, Syracuse.com reported.

Authorities removed the two children and took them to the McMahon Ryan Child Advocacy Center. Reports indicated that they were ultimately placed in the custody of Onondaga County Child Protective Services.

Wilson and Flannery are facing various charges, including first-degree rape, criminal sex acts, aggravated sexual abuse, assault, criminal possession of a weapon, unlawful imprisonment, and endangering the welfare of a child. Wilson is jailed without bail, while Flannery remains jailed on a $50,000 bond.