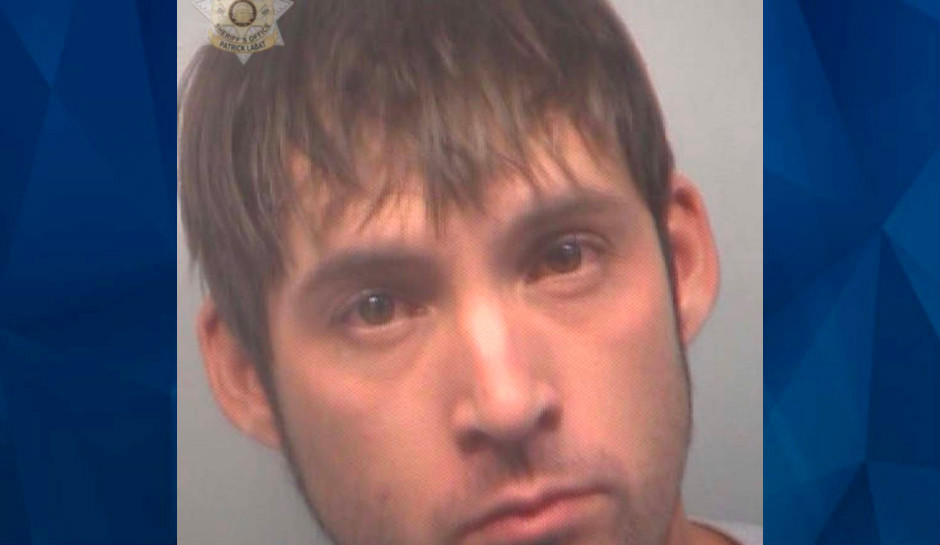 A Georgia man has been sentenced to 17 1/2 years in prison on federal child pornography charges after he fled the state to escape child molestation charges in 2012.

Derrick Hunt 39, was charged in Fulton County after he hid a 13-year-old girl in his apartment for three weeks while he recorded his sexual encounters with her.

According to prosecutors and information presented in court, Hunt saw a Facebook post from the girl on June 18, 2012, in which she said she wanted to run away from home. Although he knew the girl was 13, he picked her up anyway and took her to his apartment, where he gave her alcohol, marijuana, and opioids.

“Over the next several weeks, Hunt engaged in numerous sex acts with the girl, many of them while she was impaired from alcohol or drugs,” the Department of Justice said. “All of the sex acts occurred in Hunt’s living room area where he positioned a camera to record his sex acts with the child.”

Finally, on July 7, 2012, Hunt made arrangements for the girl’s father to pick her up at a restaurant, unaware that the father had contacted police who were they waiting when he dropped the girl off.

He was released on bond, however, and fled Georgia.

With the FBI investigating him for production of child pornography, the US Attorney’s Office of the Northern District of Georgia obtained an arrest warrant for him. He finally picked up in Las Vegas, Nevada, on August 30, 2019, under an alias.

Hunt pleaded guilty on May 16. The DOJ said that his prison term will be followed by supervised release for life.