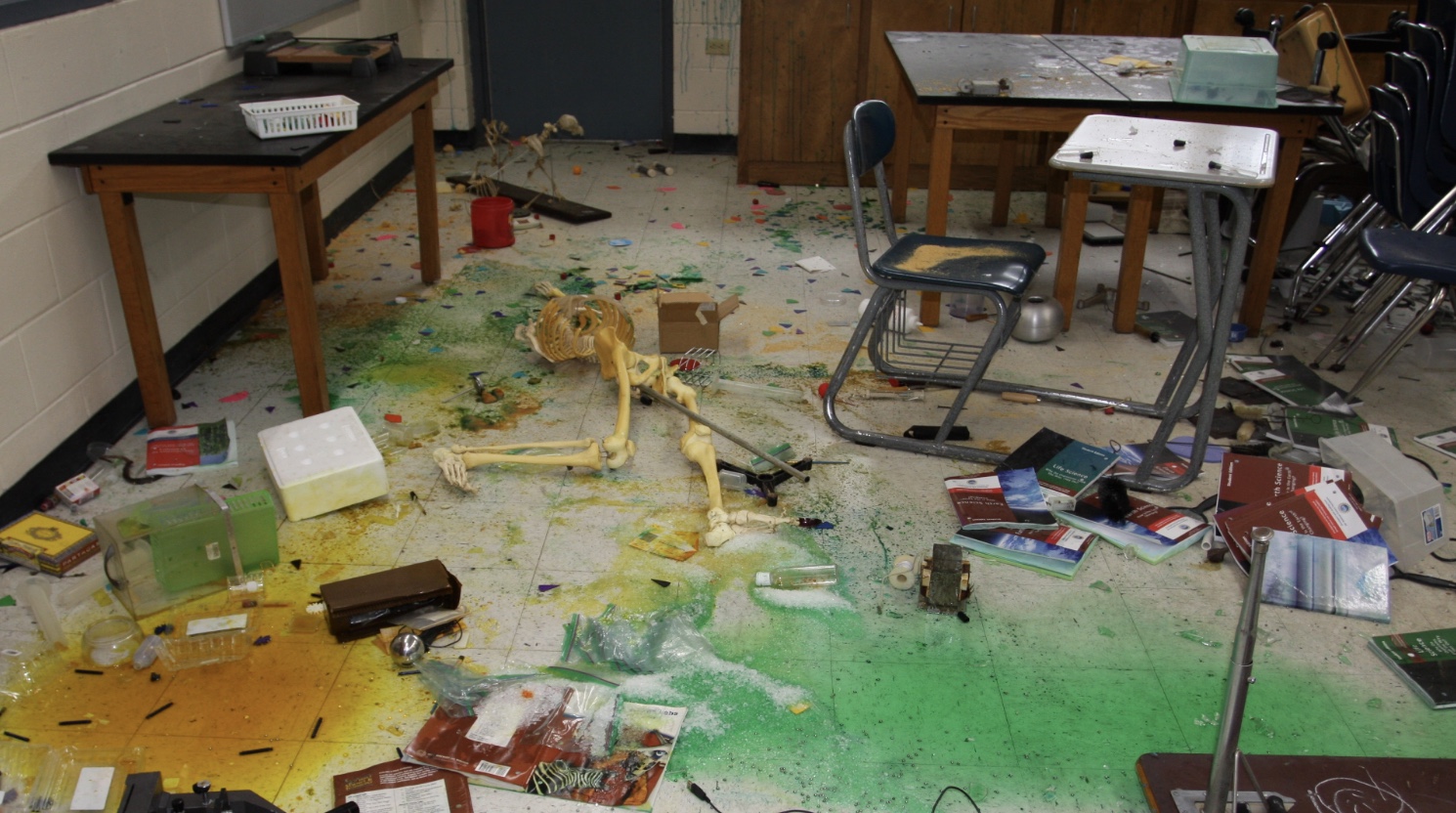 Three Florida 14-year-old are facing felonies after they allegedly ransacked a closed middle school campus in Palatka, causing an estimated $100,000 in damage.

The Putnam County Sheriff’s Office said that the Palatka Fire Department got the first call at Jenkins Middle School at about 4 p.m. on Sunday, a report of smoke in the area of the campus.

When they arrived, they reported seeing three teenagers run away from the school, according to First Coast News.

Deputies and Palatka Police officers arrived at about the same time and found extensive damage to most of the buildings on campus, including the gym, which is owned by the city of Palatka.

Investigators found broken windows, damaged toilets, overflowing sinks, and broken security cameras. Additionally, 17 fire extinguishers had been discharged. An alarm system on campus did not trigger during the incident.

The security cameras, however, caught some of the destruction on camera — including images of the suspects — before they were destroyed. Investigators took still images from the video to Paltaka Junior-Senior High School, where a youth resource deputy identified the teens.

All three were charged with felony burglary, felony criminal mischief, and preventing or obstructing firefighting by interfering with fire extinguishers. Their names are not being released because of their ages.

The charges do not include damage to the gym. Palatka police are investigating that as a separate incident because the city owns that building.