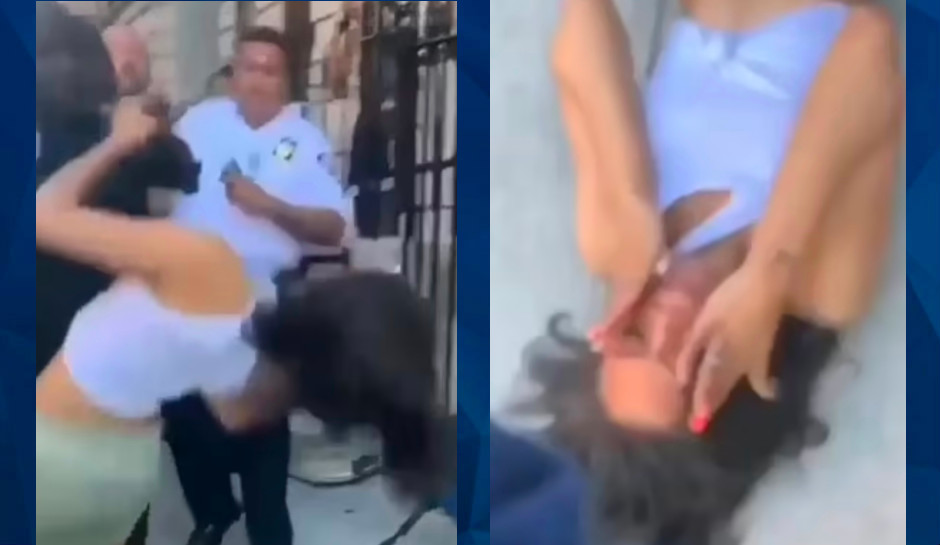 An altercation between a woman and a police officer during an arrest in Harlem is now under internal review by the New York Police Department.

News 12 Brooklyn said officers were arresting 22-year-old Elvin James for an August 12 attempted murder when a group of people intervened.

A video of the incident shows one woman punched in the face by an officer, named by the UK tabloid The Daily Mail as Detective Kendo D. Kinsey. She fell backward onto the sidewalk.

Two women, identified as 19-year-old Tamani Crum and 27-year-old Faith Harrell, were charged with resisting arrest and assault on a police officer as a result of the incident.

A third woman was given a summons for allegedly spitting on an officer.

WCBS said that Crum was the woman who was knocked to the ground.

The civil rights organization National Action Network condemned Kinsey’s actions and said he has had at least six complaints against him in the last 11 years, News 12 said.

Police did not confirm that report. Police told WCBS it was reviewing the incident, but said the officer’s action appeared justified.