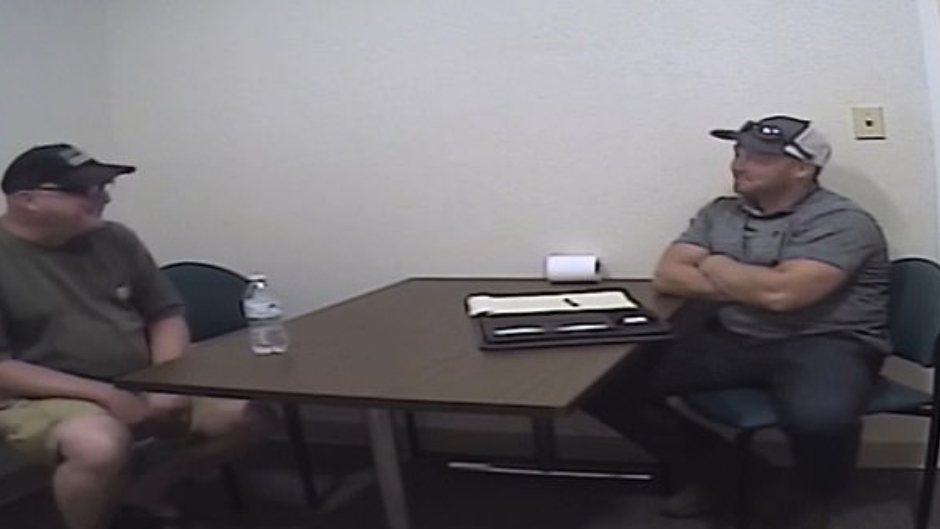 Newly-released footage apparently shows an Ohio man who fatally shot his daughter’s ex-boyfriend in July laughing with police shortly after the ordeal.

Mitchell Duckro, 52, shot his daughter former boyfriend, James Rayl 22, after he allegedly came to their Sidney home uninvited on July 31. Security camera footage reportedly showed Rayl repeatedly ringing the door and trying to break in before Duckro, who is inside, warns him that he is armed and opens fire.

During an interview with police, Duckro can be heard chuckling while explaining that his daughter did not tell him much about her relationship with Rayl. He also explained that he shot Rayl at least three times after he forced his way through the front door.

“We was all freaking out obviously, I saw his legs lying there,” Duckro said in the video obtained by the Daily Mail.

Duckro also alleged that a day before the shooting, Rayl left his daughter a voicemail in which he asked how she was doing. He went on to confess that the gun he used belonged to his father-in-law and it was not registered in his name, the Daily Mail reported.

Duckro’s wife stated that Rayl was silent during the deadly ordeal.

“He tried to get my daughter,” Duckro’s wife told cops. “I can’t imagine what his parents are going through.”

A grand jury voted 8 to 1 against charging Duckro for Rayl’s shooting death, finding “Stand Your Ground” laws were applicable in this case.