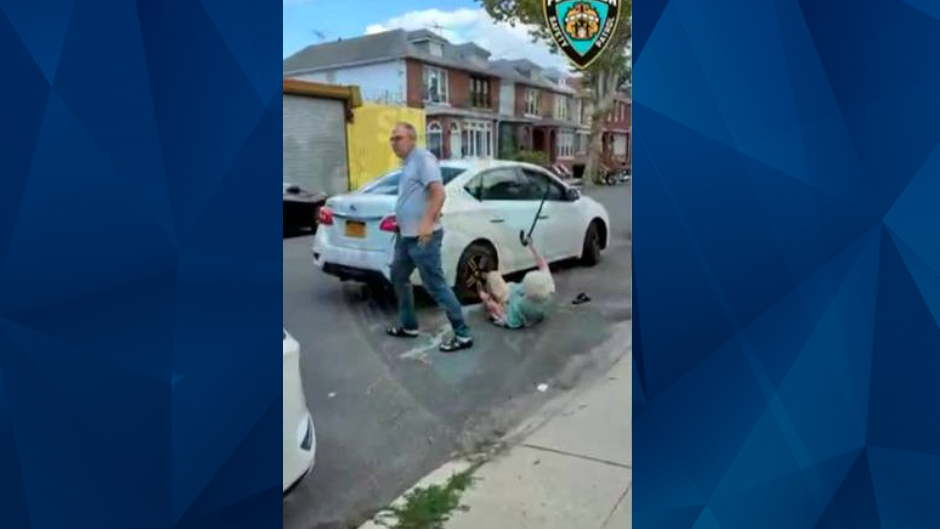 A New York driver was reportedly filmed on Wednesday violently dragging an elderly woman out of his car.

According to the New York Post, Access-A-Ride driver Mohamed Ahmed Elsakran was seen in Brooklyn yanking Catherine Shine, 78, out the back of his vehicle by her leg. The video shows Shine lying in the street and swinging her cane at Elsakran as he drags her.

Shine was reportedly en route to a physical therapy appointment when Elsakran missed her drop-off point. Police said the altercation occurred after Shine asked the driver to go around the block to drop her off in front of the building, according to WABC.

The person who filmed Wednesday’s incident, Ezra Halawani, 35, was heard confronting the driver and asking him to return Shine’s phone. The driver was seen handing Halawani the phone before getting into his vehicle. The driver allegedly then struck Halawani as he drove off.

“I’m a 78-year-old lady and he threw me out of the cab, he took my money, he took my phone,” Shine is heard saying in the video.

The  NYS Federation of Taxi Drivers reportedly identified Elsakran as the Access-A-Ride driver, and said it backs his immediate suspension. However, it is not immediately clear whether he will be criminally charged.