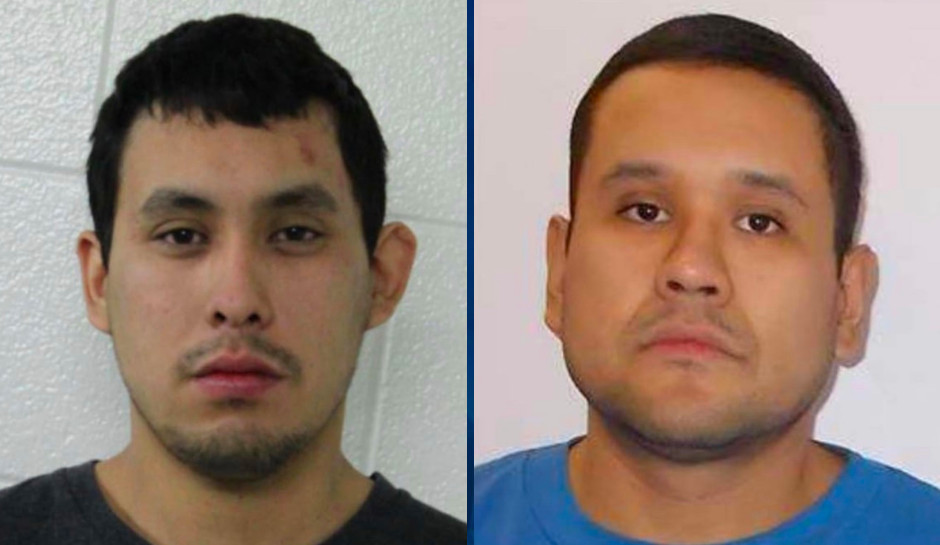 The Royal Canadian Mounted Police are searching for two men suspected of killing 10 people and wounding 15 others in a violent stabbing spree on Sunday in central Saskatchewan.

“There maybe additional injured victims who transported themselves to various hospitals,” Blackmore said. “We are currently actively looking for it, dedicating maximum resources to this.”

RCMP issued its first alert shortly after 7 a.m. Sunday, saying the suspects, identified as Damien Sanderson, 31, and Myles Sanderson, 30, were believed to be in a black Nissan Rogue with a Saskatchewan license plate 119MPI.

Blackmore said the alert was extended into Manitoba and Alberta, although she said investigators have no evidence they’ve left Saskatchewan.

Investigators said they weren’t clear on the relationship between the suspects and had no information about a possible motive.

“At this stage in our investigation, we believe some victims have been targeted by the suspect and others have been attacked randomly,” Blackmore said.

Detectives also cautioned residents of Saskatchewan to be diligent and to call 911 for any suspicious behavior.