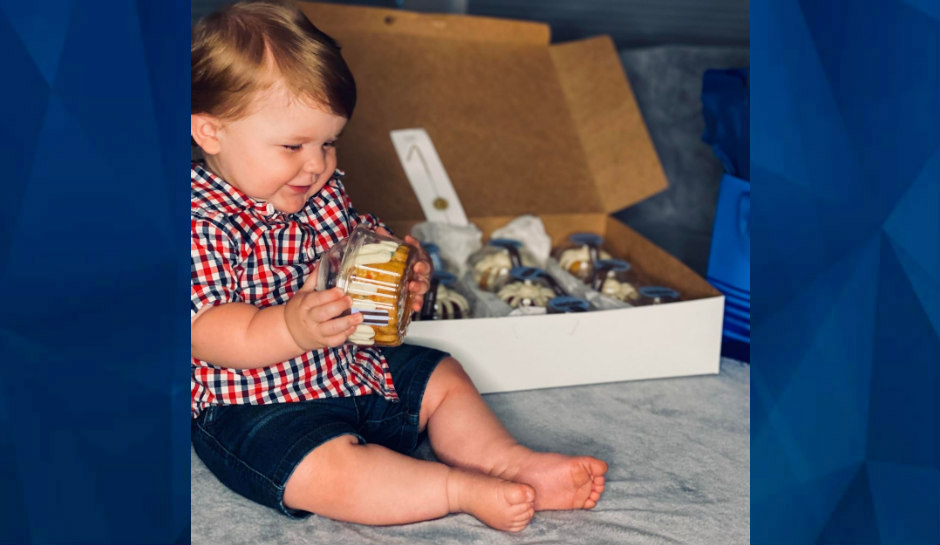 A 1-year-old Ohio boy is dead after his teenage father kept him inside a blistering hot car for hours, all because the dad didn’t want to be disturbed, WBNS-TV reports.

Parrott initially told police that he exited a bathroom at the family’s apartment in New Philadelphia, about 80 miles south of Cleveland, and noticed his son was unconscious, FOX 8 reports.

But investigators obtained footage from a security camera across the street showing Parrott leaving the child inside the car alone around 8:30 a.m. and not returning to the vehicle until about 1:50 p.m. when he was about to leave to pick up his wife from work.

With this new evidence, police confronted Parrott, who reportedly “confessed to detectives what had happened to his son,” New Philadelphia Police Chief Michael Goodwin said in a written statement posted on Facebook.

Authorities allege that the boy, named Kyler, was left inside the vehicle alone for about five hours, even though temperatures outside were at some points around 87 degrees Fahrenheit, according to WOIO-TV.

“We estimate that would’ve made the interior of the car about 130 degrees and this child was in there strapped into a car seat with no fluids, no air conditioning, nothing,” New Philadelphia Police Det. Capt. Ty Norris told FOX 8.

“It’s heartbreaking to see this unfold before your eyes.”

Parrott allegedly admitted that he knew it was dangerous to keep kids in hot cars and had seen previous news reports about children who have died in hot cars, but he intentionally left the boy in the vehicle so the tot wouldn’t disturb the household.

“During the interview it appears that this was not a matter of forgetting the child but was a deliberate act so as the child would not be a disturbance while in the house,” Goodwin said in the statement.

Prosecutors have charged Parrott with murder, involuntary manslaughter, and two counts of endangering children. He is being held on a $250,000 bond inside the Tuscarawas County Jail.

“This is about this poor child and this poor mother who was just trying to work and pay bills and finding justice for both of them,” Norris told FOX 8.

In a Facebook post on Saturday, Kyler’s mother wrote, “Mommy loves you so much. Fly high my sweet baby boy. #justiceforkyler.” The toddler’s obituary also remembers him as being sweet and gentle.

“He will be remembered for his sweet disposition and gentle way with animals, even at such a young age, and for his enthusiasm for his best friend Mickey Mouse,” the obituary reads.