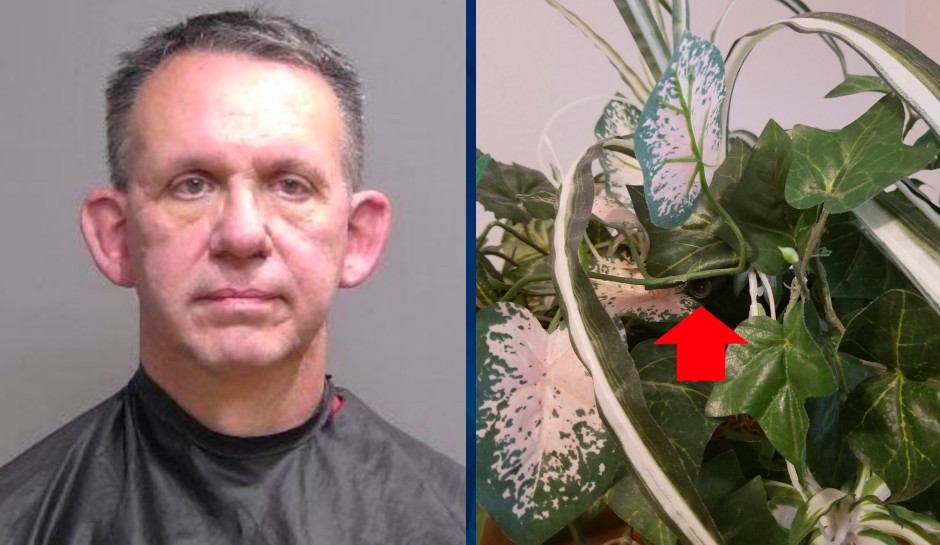 The president of a Florida condominium association has been accused of installing a surveillance camera hidden in a flower pot in a neighbor’s bedroom.

Robert Orr, 49, was booked on four counts of video voyeurism Tuesday night, the Flager County Sheriff’s Office said, and has since been released on a $20,000 bond.

The sheriff’s office said it was notified of the camera on August 30 by a woman who had spent the weekend in the condo. As she was packing to leave, she told investigators, she found the plugged-in USB camera hidden in the flower pot.

Investigators discovered that the camera held video of two people in “various stages of undress” in the condo’s master bedroom, including the woman who made the complaint and a man who had also spent the weekend at the condo.

And the camera had video clips of Orr testing the camera in his own condo before he put it in the flower pot.

“This pervert installed video cameras in a condo that he was a caretaker for so that he could view people inside without their knowledge or consent,” said Flagler County Sheriff Rick Staly. “It’s a disgusting invasion of privacy.”

Investigators said the condo owner lives out of state and occasionally rents it out to guests. Orr has a key, she said, to keep an eye on it while she’s not in state.

“I’m urging anyone who has allowed Orr unsupervised access into their home to check for secret recording devices and to contact us right away if they find anything suspicious,” Staly said. “At this time, the evidence suggests that Robert Orr acted alone.”

Officials said that Orr has no prior criminal record in the county.