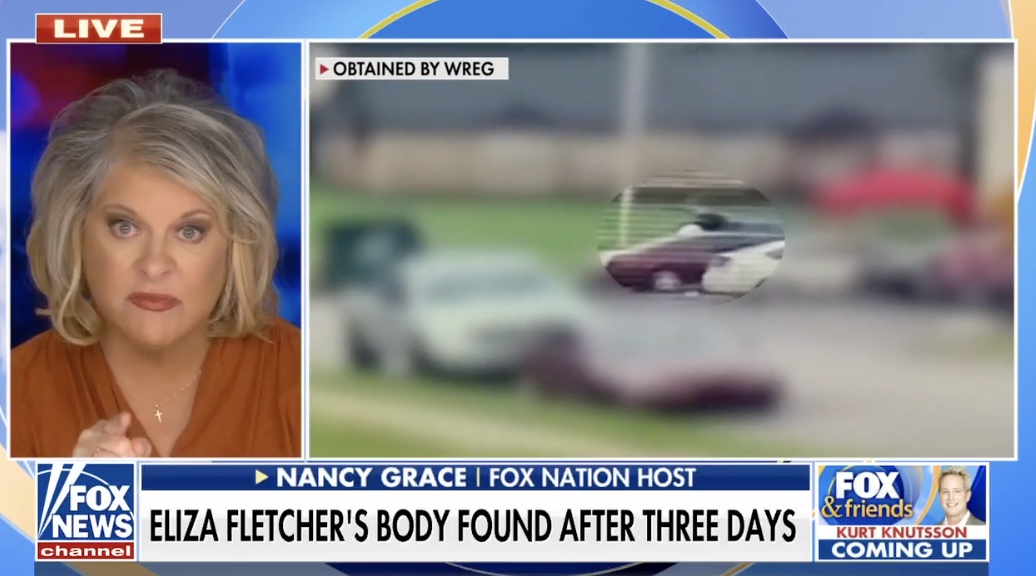 The suspect in the kidnapping and killing of Memphis mom Eliza Fletcher may well face the death penalty, CrimeOnline’s Nancy Grace says.

Prosecutors have not said if they will seek execution for Cleotha Abston, 38, which in Tennessee could come in the form of either lethal injection or electrocution.

“This is a qualifier to the death penalty,” Grace told Fox News Wednesday morning. “… He stalked her for nearly 30 minutes. What is he doing up at 4 o’clock in the morning stalking women? He’s only been out of jail on kidnapping for two years. and here he is again, same thing. That will come in as a similar transaction, mark my words.”

Abston, then 16, was convicted in 2001 of kidnapping Memphis attorney Kemper Durand, forcing him into the trunk of his own car at gunpoint and making him withdraw money from an ATM. Abston pleaded guilty to especially aggravated kidnapping and aggravated robbery.

Durand, who died in 2013, said in a victim impact statement that Abston took more than a year to sign the guilty plea, calling that refusal “jailhouse braggadocio.” That kind of braggadocio, Grace said, is likely to return.

“I guarantee this guy will brag about killing Eliza,” she said.

Durand worked at the same law firm — Thomason, Hendrix, Harvey, Johnson & Mitchell at the time — as Eliza Fletcher’s uncle, Mike Keeney. The firm merged with a Knoxville firm in 2014 and became Lewis Thomason. Grace said that was “curious” but added that the more curious “coincidence” was seen in video obtained by WREG that showed Abston “frantically cleaning out his GMC” just hours after Fletcher was abducted.

“Wow, isn’t that the coincidence, that he suddenly turns into a neatnik when a woman goes missing?” she said.

“Now listen to this: Her body is found just thrown in call grass behind an abandoned structure,” Grace said. “No jury is gonna wanna hear that.”

Abston is due back in court Wednesday morning for a continuation of his arraignment hearing.