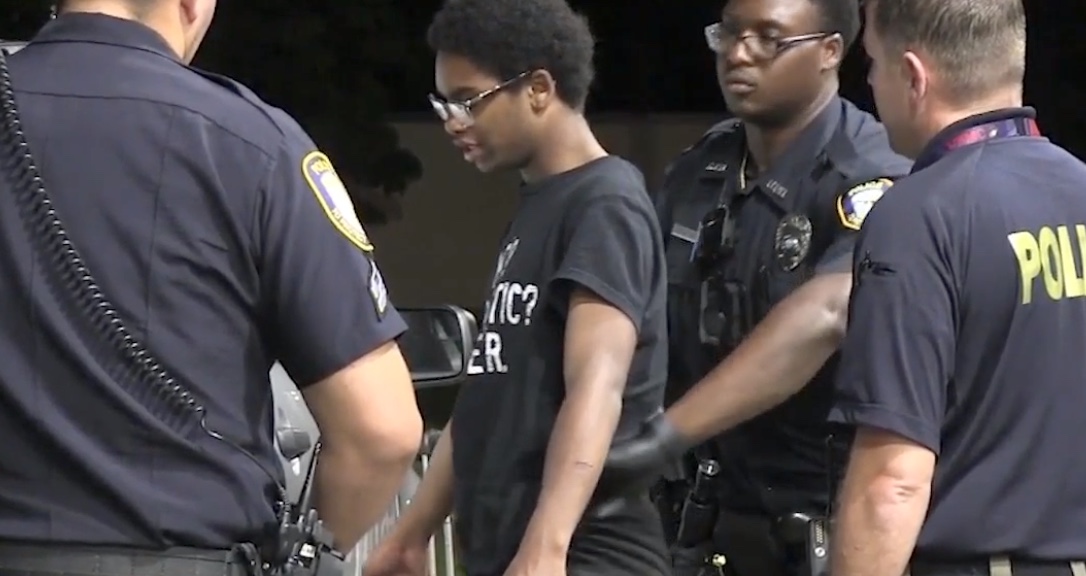 A 16-year-old Florida boy has been charged with the brutal stabbing death of his 57-year-old grandmother, an investigator for the Florida Commission on Offender Review.

Jaylin Christian reportedly used at least two knives to stab Muriel Ladonna Emerson in the kitchen of the home he shared with her.

When asked how many times he stabbed his grandmother, Christian told the deputy, “Too many to count,” according to WKMG.

“The city experienced a heinous crime. It was calculated. It was brutal,” Rockledge Police Chief Joseph LaSata said during a news conference Thursday morning.

According to WOFL, the teen texted authorities to say he’d stabbed his grandmother, prompting police and rescue crews to swarm to the Rockledge home, where they found Emerson dead on the floor, covered in a blanket with a significant amount of blood pooling around her body.

Deputies found Christian sitting on the ground near a gas station in Cocoa a few blocks away, WKMG reported. An arrest affidavit says he had cuts on his hand and blood on his shirt and told the deputies he’d just stabbed his grandmother.

Earlier on Thursday, Christian — who’d been staying with his grandmother for less than a year — skipped school and called 911 to say he’d run away. Officers responded to his location and called Emerson to pick him up.

Once home, Christian told investigators, he began having homicidal thoughts and grabbed a knife from the kitchen, went to Emerson’s office, and attacked her. She tried to run, and the knife broke, police said, but Christian grabbed another and continued his attack.

Christian took a photo of the body before covering it with a blanket, stole some money and a briefcase, and left the house with some of his belongings.

LaSata said the boy told investigators why he did it, but the chief declined to reveal the motive.

Christian will be charged with first degree murder and aggravated battery with a deadly weapon, police said, and the state attorney will decide if he’ll be charged as an adult.