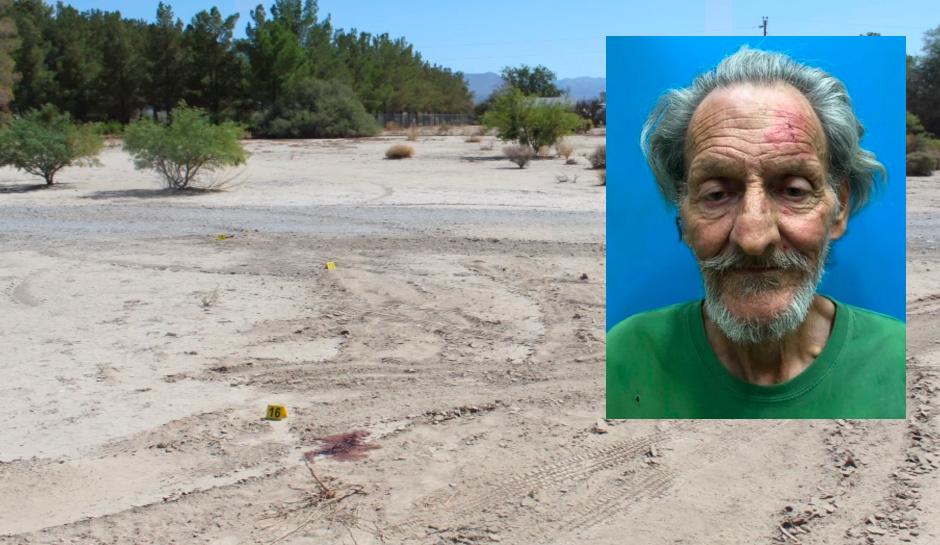 Landlord Runs Over Tenant, Ties Him to Back of His Car and Drags Him Down the Road

A Nevada landlord was arrested this week, accused of killing a tenant by running over him and dragging him along a road.

William Stanley, 70, has been charged with the murder of 66-year-old Frank Brink, the Nye County Sheriff’s Office said.

Authorities said Stanley and Brink got into an argument on Tuesday before Stanley ran over the tenant. Then, officials said, Stanley tied Brink to the bumper and dragged him down the road for at least a half mile.

Nye County Sheriff’s Captain David Boruchowitz said investigators found Brink’s body and determined it had been dragged to that spot. They followed a trail of blood and clothing back to Stanley’s property.

“Where it appeared the body drag began,” Boruchowitz said.

According to a probable cause statement, Stanley admitted running over Brink with his white Lincoln, then “he tied a rope to teh victim’s leg and to the back of Stanley’s white Suzki and dragged the body to the area of where it was found.”

The statement also said that a neighbor told investigators that transients staying on Stanley’s property have been exploiting him for money.