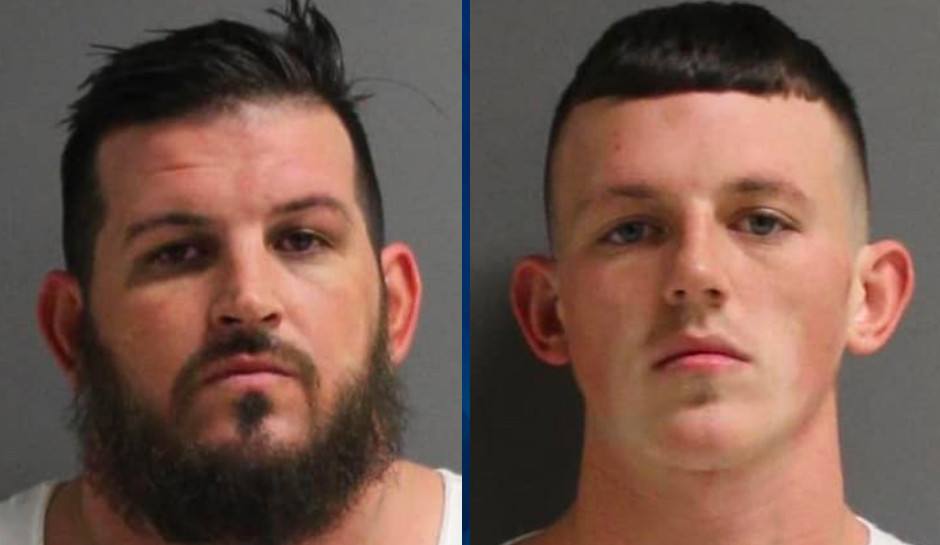 A father and son accused of beating a man unconscious at a wedding reception last week were finally found and arrested in Daytona Beach late Friday night.

The Volusia County Sheriff’s Office said that Joel O’Grady, 38, and Julian Falkinburg, 21, were both being sought on charges of aggravated battery in the brutal beating of Tyler Kaltenbach, 36, at a wedding reception at the Granville Farms wedding venue in Lake Helen on September 3.

Deputies were called to the scene on a report of three men in a fight in the parking lot, the sheriff’s office said. Deputies found Kaltenbach with severe wounds to head and face. Witnesses said he was struck multiple times and kicked repeatedly after he was on the ground and unresponsive.

He was taken to a hospital for treatment and remains in serious condition.

O’Grady and Falkinburg fled the scene before deputies arrived.

But on Saturday, the sheriff’s office said the pair was located and arrested by Daytona Beach Police late Friday night. O’Grady posted a $100,000 bond and was released overnight, while Falkinburg was released Saturday afternoon after posting a $50,000 bond. They’ve both been ordered to have no contact with Kaltenbach.

Investigators have not said what prompted the fight, but they did say that the father and son have a violent criminal history.

“This isn’t like a punch. This is the guy goes down and then you stomp on him until he’s unconscious,” Volusia County Sheriff Mike Chitwood told WOFL. “This could have easily been a murder. Somebody could have ended up with significant brain damage.”

Sara Howeller, an attorney for Kaltenbach’s family, said his recovery would be a long one that will include facial reconstruction surgery.

“Dental work is going to be extensive. All of his upper teeth were kicked out. Many of his lower teeth,” she said.