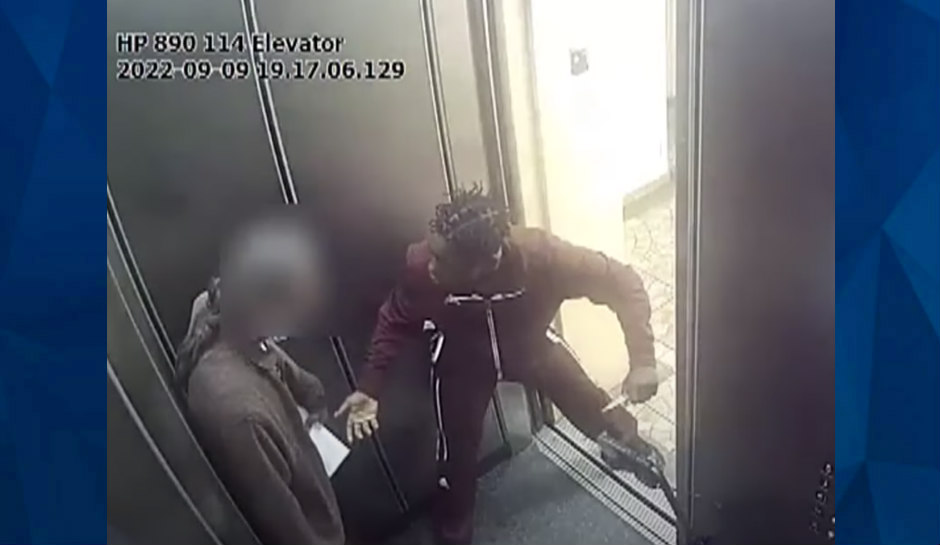 CAN YOU ID PERP? Caught on Video Robbing Man Pushing Walker for $13

A new video shows the terrifying moment a senior citizen was robbed at knifepoint in the Bronx on Friday evening, WABC-TV reports.

Around 7:20 p.m., a 69-year-old man using a walker entered an elevator when the suspect rushed in and brandished a knife. The perpetrator went through the victim’s pockets within seconds and was able to grab some cash before darting out of the elevator and into a lobby at the apartment building at 890 Bryant Avenue.

But after looking at what he got, the mugger was apparently unhappy and went back into the elevator to accost the victim again, according to the New York Daily News.

This time, the suspect went through other pockets and also rummaged through a storage area attached to the victim’s walker. When the thief took out a plastic bag, he looked at the elderly man, who reportedly shrugged, according to the Daily News.

All told, the thief stole $13 from the victim, who was not physically injured, WCBS-TV reports.

It is not clear whether police have identified the suspect.

Authorities have described the suspect as a male who appeared to be in his late teens or early 20s. He has a slim build and dark complexion, with black braided hair in corn rows, and was wearing a maroon Adidas sweatsuit and black sneakers.

One day earlier, a 72-year-old woman was robbed while in the street in Jamaica, Queens. And on Thursday, a woman was shoved from behind and knocked to the ground by two male suspects, who stole the woman’s phone, credit card, and $200.

The woman declined medical treatment, but she did suffer swelling and bruising.