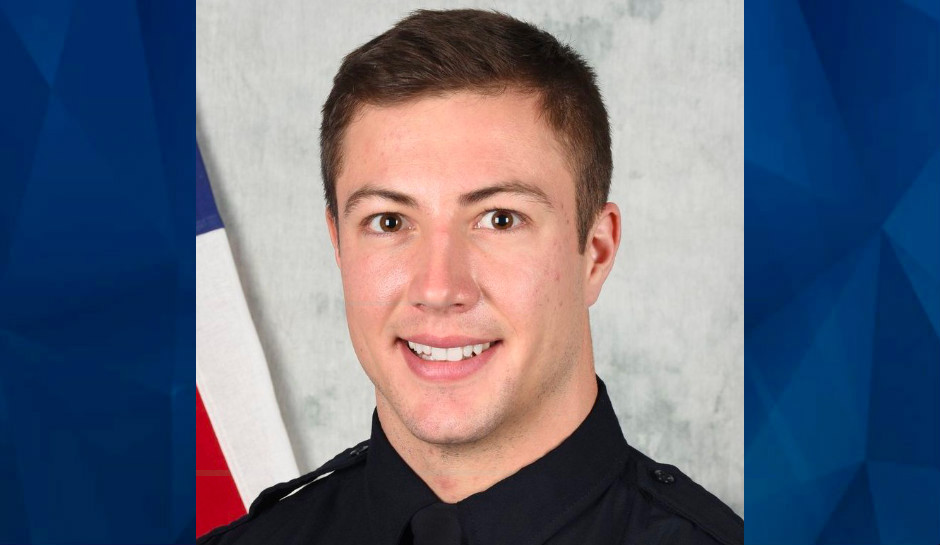 A Colorado police officer was shot and killed early Sunday while responding to a large family disturbance in Arvada.

Dillon Vakoff, 27, was one of two Arvada Police officers responding to the scene, where they found several people fighting in the street.

“The initial two officers tried to separate several belligerent and uncooperative individuals when the suspect began to fire and shot a female victim,” the police department wrote in a social media post.

The officers returned fire, and Vakoff and the suspect were hit.

Both Vakoff, the female victim, and the suspect were transported to a hospital, where Vakoff was pronounced dead. The suspect’s injuries were not life-threatening, and he remained in police custody while at the hospital.

The female victim is also expected to surviveThe police department said Vakoff was an Arvada native who joined the police force in 2019 after serving six years in the US Air Force.

“This is a tragic loss to this community, to this department, but most significantly to his family and loved ones,” the department said. “His service and sacrifice will never be forgotten.”