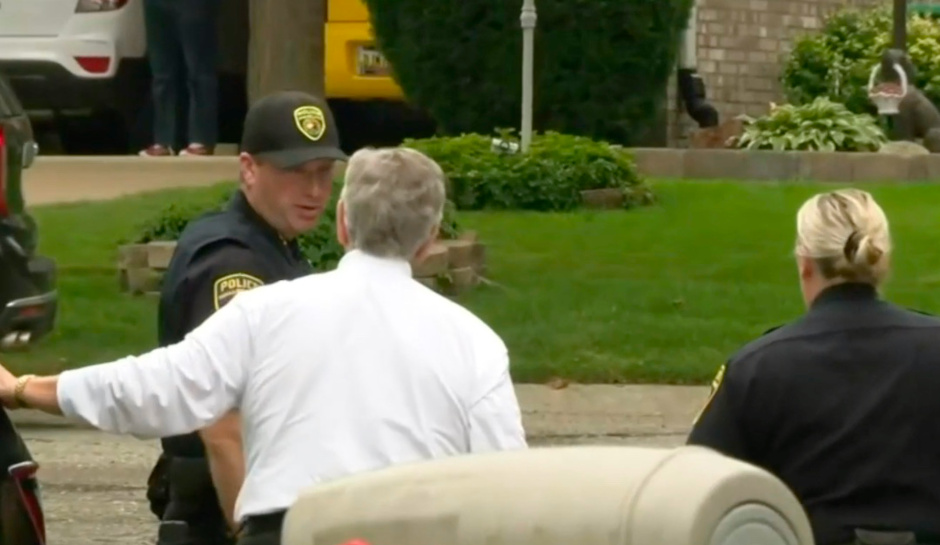 A 53-year-old Michigan man shot and killed his wife and dog and badly injured his daughter early Sunday morning before he was killed by police.

Bouchard said the daughter was so shocked by what had happened that she couldn’t tell the operator the address, forcing police to triangulate the location, WDIV reported.

“I think she said she couldn’t feel her legs. So obviously the injury is pretty substantial,” Bouchard said.

Police had arrived and were beginning their investigation when they heard another gunshot and moved in that direction, only to see Lanis come out of the house and start shooting at them.

They responded with deadly force.

“I think there was danger to anybody,” Bouchard said. “In fact, he had his keys with him when he engaged the officer and the deputy with the gunfire, so who knows where he was headed.”

Police say the daughter was trying to crawl her way out of the house when officers finally got inside. They found Lanis’s 56-year-old wife shot four times in the back with a handgun. The daughter had been shot in the back of the legs. The family dog was shot multiple times with a shotgun.

The daughter, who was also shot with a shotgun, was reportedly in stable condition after suffering “super traumatic injuries” to her back and legs, the Detroit News said.

The family reportedly had another daughter living at the home, but she was not there Sunday morning, WDIV said.

Neighbors said Lanis often walked the dog. “That’s kinda how we knew him, the guy with the fluffy white dog,” Victoria Witnauer said.