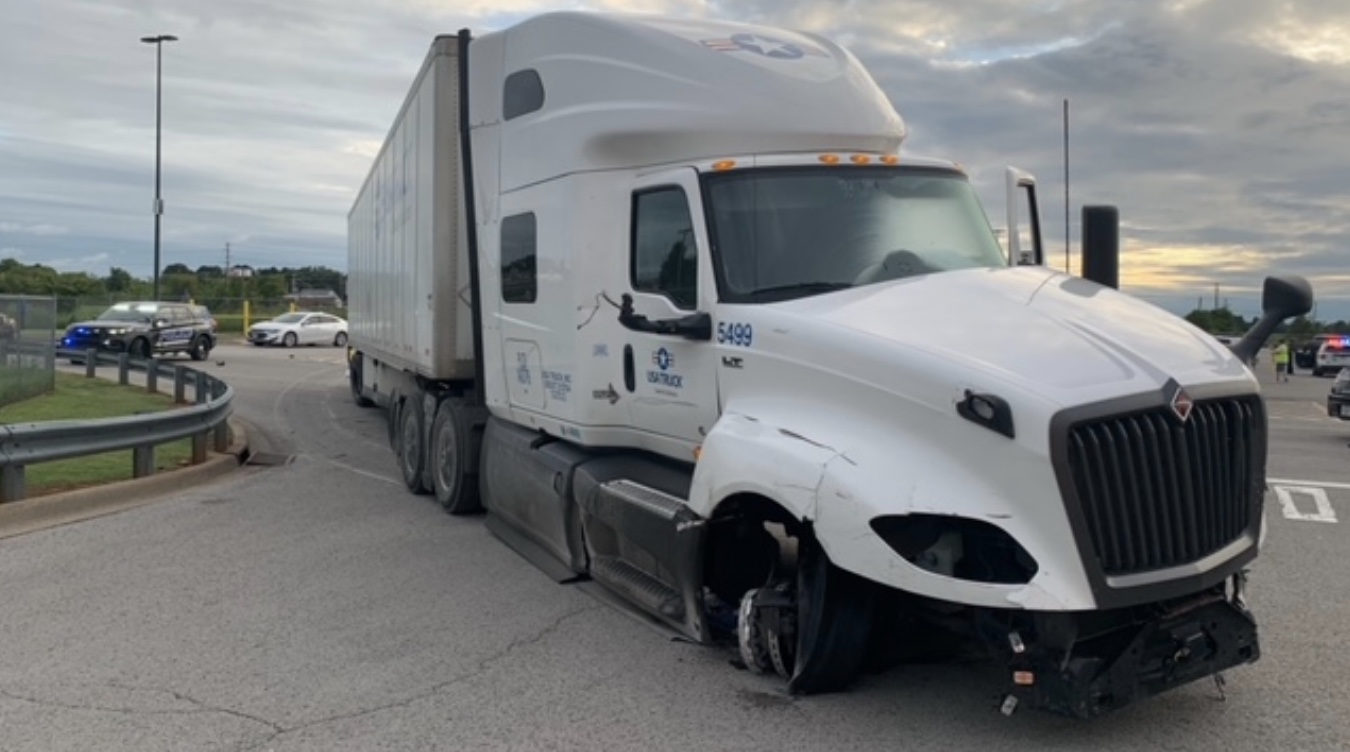 A tractor-trailer driver went on a crash rampage through a Tennessee city Saturday night before ending up in a foot chase with officers across the state line in Kentucky.

Several videos show the white USA TRUCK flying through traffic lights, even running on wheels after its front tires were blown out.

Officers and deputies tried to anticipate the speeding truck’s route, working to get ahead of it and close off intersections.

The truck cut onto Lafayette Road and the Purple Heart Parkway before driving again onto Fort Campbell Boulevard and heading into Kentucky, where agencies from that state took over the pursuit.

The driver finally stopped the truck near the Oak Grove Walmart and set off running, but he was captured after a short foot pursuit.

Oak Grove Police identified the driver as Vincent Hawkins Jr., 33, of Clarksville, according to WKDZ Radio.

Hawkins has been charged with first-degree fleeing or evading police, reckless driving, DUI, and several counts of first-degree wanton endangerment in Kentucky.

The Clarksville Police Department said it has assigned the case to the District 1 Criminal Investigation Division and is working to extradite the driver back to Tennessee.

There were no serious injuries reported in any of multiple crashes during the rampage.

No further information has been released.