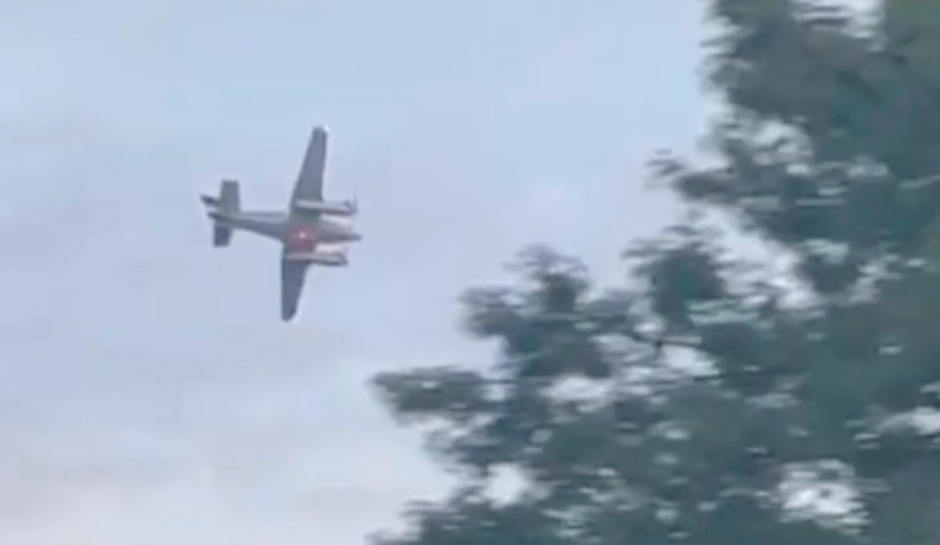 Cory Wayne Patterson, 29, was charged in state court with grand larceny and making terroristic threats after his September 3 jaunt in a 1987 Beechcraft King Air C90 he allegedly stole from Tupelo Regional Airport, where he worked for a contracted company to fuel aircraft. He had no pilot’s license, as CrimeOnline previously reported.

Currently we have a 29yr old who stole this plane & is threatening to crash it into something. Polices ,ambulances ,& fire trucks are everywhere. Everything is shutdown rn pic.twitter.com/AzebdIa3tP

“I have stolen a plane … get the Walmart on West Main Street evacuated because I am going to crash into it,” he told the dispatcher, according to a federal criminal complaint released Wednesday, reported by the Daily Journal.

“I just don’t want to live anymore and want to cause chaos while I’m at it.”

The complaint also says that investigators found a hand-written note allegedly written by Patterson to “The World.”

“I am a person who is sick of the world, and living in it,” he wrote. “People are mean, politicians are psychopaths (ALL POLITICIANS). I am at the end of the rope. You can think of me as a bad person if you want, hell you can spit on my grave and pretend I’m burning in hell now if it helps you sleep better at night.”

He wrote that he decided on Walmart as a target because it could be evacuated easily and that Walmart’s insurance could pay for damages.

“Any how, no matter how you view my final act, I’ll be too dead to care what anyone thinks of me,” he concluded. “Enjoy the world, fighting amongst each other and whatever y’all do. I want no part of it.”

Investigators said Patterson intended for the letter to be found after he had crashed, but instead, family members and others persuaded him not to carry out his threat. A negotiator convinced him to land, and despite having a pilot talking him through the landing, he aborted the landing about 100 feet above the runway and took off, flying over north Mississippi for another five hours before he crash landed in a soybean field.

He was immediately arrested.

Patterson’s attorney, Tony Farese, told the judge Friday that he intended to file a motion for a psychiatric examination.

“We are asking for competency to be determined, as well as sanity,” Farese said.