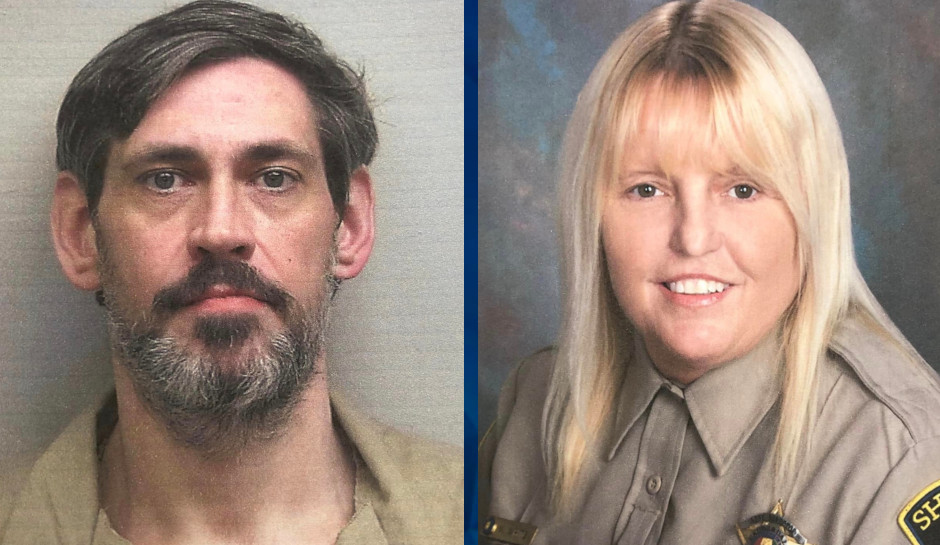 Alabama authorities are reportedly reviewing nearly 1,000 calls made between corrections officer Vicky White and a jailed capital murder suspect before she allegedly helped the inmate escape in April.

Lauderdale County Sheriff Rick Singleton told AL.com that Vicky White, 57, and accused murderer Casey White, 38, who was housed at William Donaldson Correctional Facility in Jackson County, called one another 949 times between August 2021 and February 22, 2022. Detectives have not confirmed whether Vicky talked on the phone with Casey while on duty, but Singleton said he would be “shocked” if that was not the case.

“We’re in the process of listening to those calls to see if there’s any information there that might help us,’’ he told the news outlet. “The only thing I know for a fact was that they had some phone sex.”

Vicky and Casey fled the jail on April 19 and rented a hotel room in Evansville for 14 days. Police officers tracked them down on May 9, following an 11-day manhunt. After being spotted at an Evansville car wash, a car chase ensued which ended with Casey wrecking a stolen vehicle and Vicky, a passenger, fatally shooting herself in the head.

At the time of the incident, Casey was serving a 75-year sentence for trying to kill his ex-girlfriend and kidnapping her two roommates in 2015. In 2020, he was indicted on capital murder charges for the stabbing death of a woman he was believed to have been paid to kill. His trial is scheduled to begin in December.

Singelton told AL.com that Casey first planned to escape from jail in 2020, but he is not believed to have established a relationship with Vicky until 2021.  Singleton did not disclose whether they discussed Casey breaking out in any of the 949 phone calls.

Casey was charged with Vicky’s murder in July. He remains housed at William Donaldson Correctional Facility as he waits to stand trial for the 2015 slaying. His lawyers are seeking to have him transferred to Cullman County Jail.