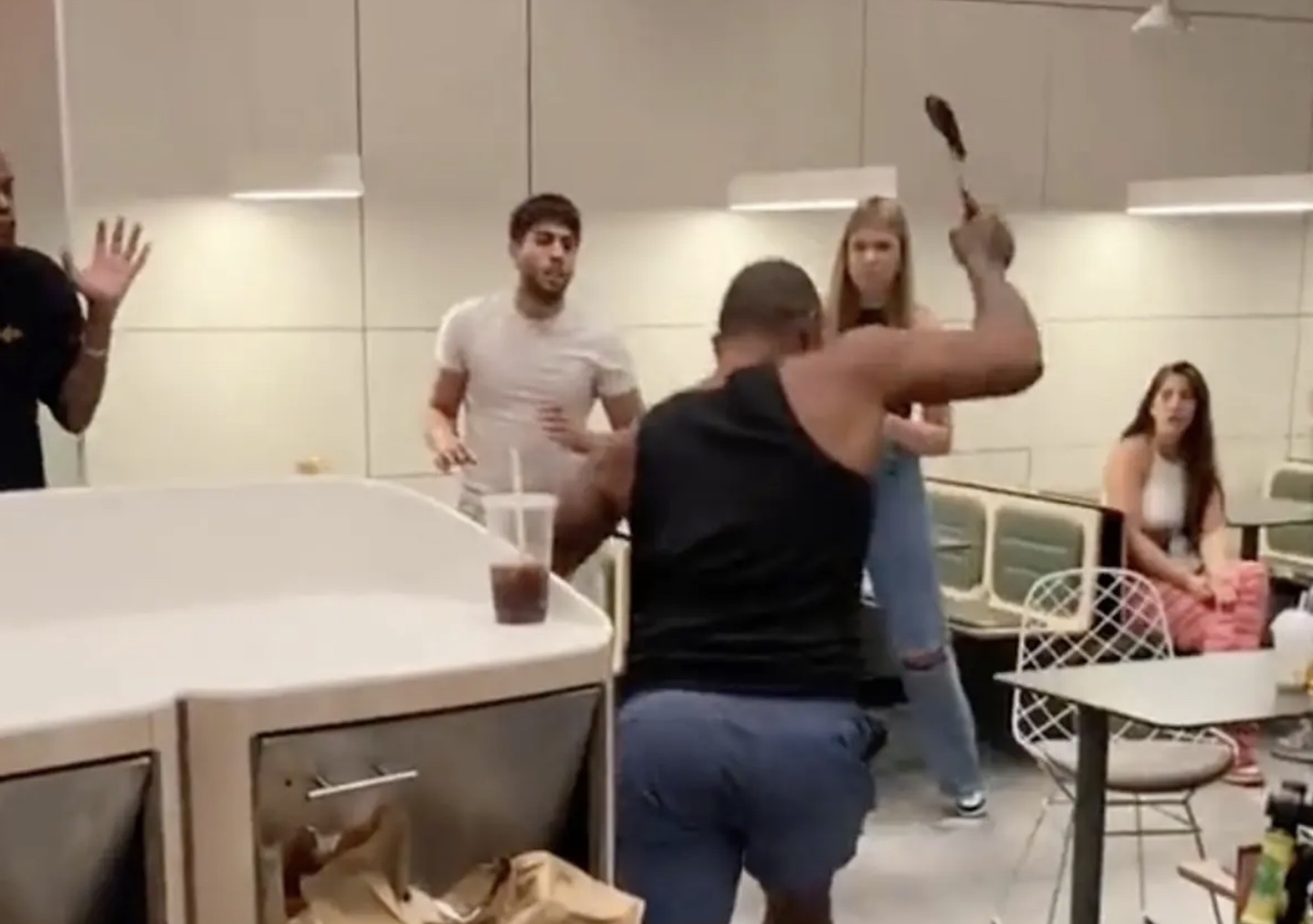 A man went berserk inside a New York City McDonald’s early Friday morning, terrifying customers with a hatchet and causing plenty of property damage before he grabbed his bicycle and left the establishment.

Michael Palacios, 31, was charged with criminal mischief, three counts of menacing, and two counts of criminal possession of a weapon and released without bail, the New York Post said.

No one was injured in the incident as Palacios targeted a glass wall and tables with his hatchet.

A video of the incident showed Palacios in some kind of dispute with three men inside the McDonald’s. The three knocked Palacios around, punching him even while he stood still and didn’t respond.

But then Palacios takes his backpack off and reaches inside for a camping hatchet, prompting the three men to back away pronto.

@CrimeInNYC NYC always good for some chaotic mayhem. He didn’t hurt anybody, but could have been ugly ! pic.twitter.com/I6WvqROuGR

A witness claimed Palacios went on his rampage after a woman rejected him, but that’s not seen in the video, and he doesn’t reach for the hatchet until after he’s pummeled by the three men, who weren’t charged.

The Post tried to speak with Palacios, but he declined and pointed them to his Instagram account where he said he’d posted about the incident. CrimeOnline didn’t find the post, although the newspaper said Palacios had been dubbed “the ax man” on social media.

The Post said the mess had been cleaned up at the Delancey Street McDonald’s by Saturday, with nothing left but a hole in the wall by the restroom.