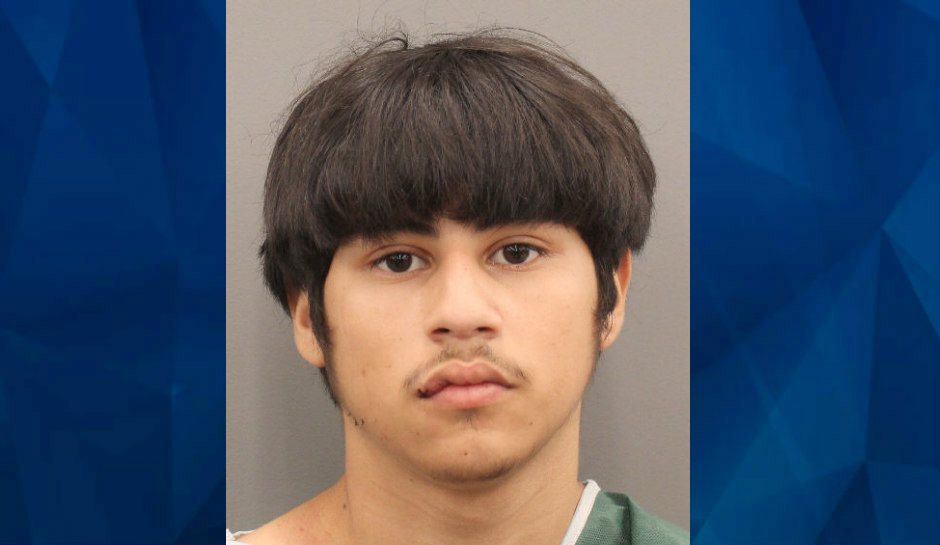 Two Texas teens are accused of kidnapping, raping and robbing a woman at gunpoint earlier this month in a terrifying ordeal that left the victim naked and hiding behind bushes, KHOU-TV reports.

On Friday, authorities announced that 17-year-old Olvin Rodriguez and an unidentified 16-year-old juvenile have been charged with aggravated kidnapping, aggravated sexual assault and aggravated robbery in connection with the brutal attack.

The victim told police that she had returned home from a concert early in the morning on September 2 when the two teens approached her, according to KPRC-TV. They had a gun and forced her back into her vehicle and then drove away.

The woman told investigators that she was sexually assaulted by both suspects and that when she attempted to escape, the teens beat her and stole her personal property, including her phone and car.

The victim was later found naked hiding in bushes in the Houston area. KHOU-TV and the Harris County Sheriff’s Office said she was found by police, but KPRC-TV, citing court records, reports that the woman’s mother and brother may have located her initially.

Investigators tracked the woman’s phone to a residence where they arrested Rodriguez. He allegedly confessed to the crime and authorities recovered the victim’s belongings at the home in addition to a gun believed to be used in the attack.

Police also arrested the 16-year-old at his residence.

Rodriguez remains in custody on a $300,000 bond and he is scheduled to make a court appearance on Monday. He allegedly has multiple mental health “concerns,” according to his lawyer, KPRC-TV reports.

The 16-year-old is in juvenile custody; details about his identity and case have not been released because he is legally a minor.

Residents who live in the area say they are shaken by what happened.

“I’m in shock, I’m terrified,” one neighbor who asked to not be identified told KPRC-TV. “It makes me very sad, very scary, I mean honestly, you know, I have teenagers, and that’s terrifying knowing that they’re going to come home and something could happen to them.”

“My thoughts are with the survivor. Recovery can take time and the healing process can be painful. We must do more to end sexual violence,” Gonzalez wrote.

Authorities said they are not aware of any other attacks involving the teens, but anyone who knows of potential victims should call the Harris County Sheriff’s Office at 713-274-9210.