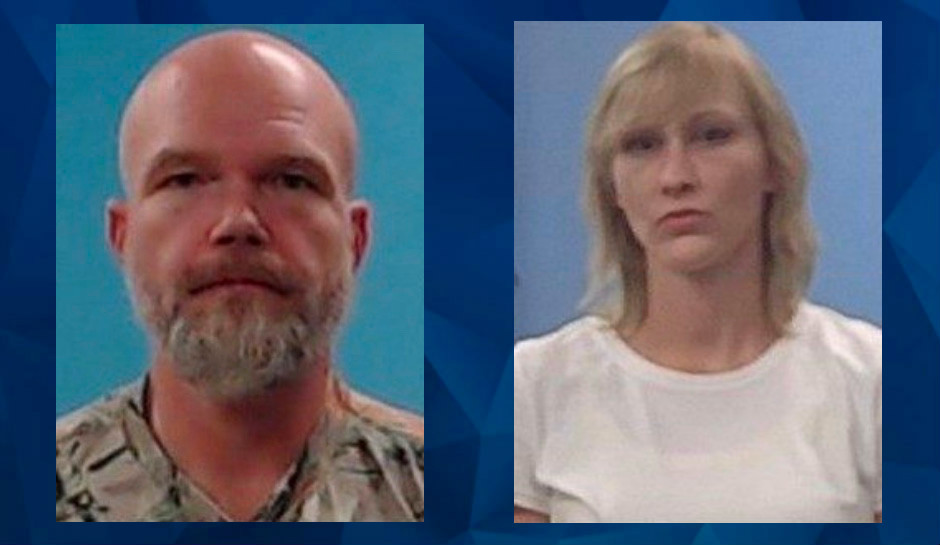 The mother told detectives she fled the house to a friend’s, leaving the little girl behind, because her husband had been acting oddly all day.

An Arkansas couple was arrested last week on charges of endangering the welfare of a minor after the wife fled the house because she was afraid of her husband, who subsequently cut off his own leg in front of their daughter.

The incident took place on August 2, according to a probable cause affidavit reported by KTLO. A Boone County deputy arrived on the scene to find Shannon Cox, 48, naked and lying in front of him home with a portion of his leg missing. Cox was taken to Cox Medical Center South in Springfield by air ambulance while a sheriff’s office investigator studied the scene.

He followed blood splatter on the floor, which led to a chop saw with blood on the blade and more spatter on the wall. The detached limb was on top of the saw, according to KARK. Outside the home, the investigator saw a vehicle with the hood up. A 20-pound propane cylinder was lying on the battery, a rear passenger window was broken, and ashes were inside the vehicle.

Deputies found Cox’s 5-year-old daughter on the scene, who had witnessed her father use the chop saw to cut off his leg. Sandy Cox, the girl’s mother was not at the home, but investigators later contacted her and asked her to come in for interview.

When she did, she told detectives that her husband had been exhibiting odd behavior for the entire day, according to the affidavit. He told her he was Jesus Christ, she said, and said she “needed to get right with the lord.” Later, his behavior turned more violent, and he reportedly said he was Satan and threatened to “twist her head off.”

The Coxes were released on $10,000 bonds each. KARK said the judge ordered Shannon Cox to have no contact with his wife or daughter. Both are due back in court in October.