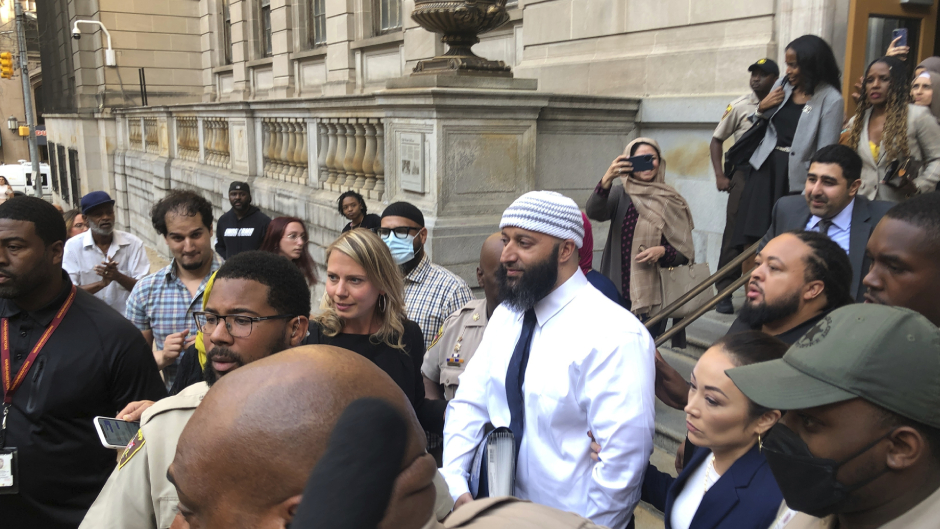 Adnan Syed left a Maryland courthouse a free man on Monday after a judge overturned his conviction for the 1999 murder of Hae Min Lee.

Baltimore Circuit Judge Melissa Phinn vacated Syed’s 2000 conviction after prosecutors and Syed’s attorneys revealed other possible suspects in Lee’s strangling death. Prosecutors also noted that Syed, 41, was convicted partly due to cellphone data which was later found to be unreliable. According to The Baltimore Sun, co-defendant Jay Wild’s testimony was also contradictory.

Syed’s ex-girlfriend, Lee, 18, was found strangled in a shallow grave in Leakin Park in 1999. Syed was accused of killing Lee after a struggle ensued in her car — and prosecutors claimed the breakup was the motive for the murder.

At Monday’s hearing, Phinn ordered officers to remove Syed’s shackles. She has required him to wear a GPS monitor while the Baltimore State’s Attorney’s Office decides whether he will stand trial again for Lee’s murder. Prosecutors have 30 days to make a decision.