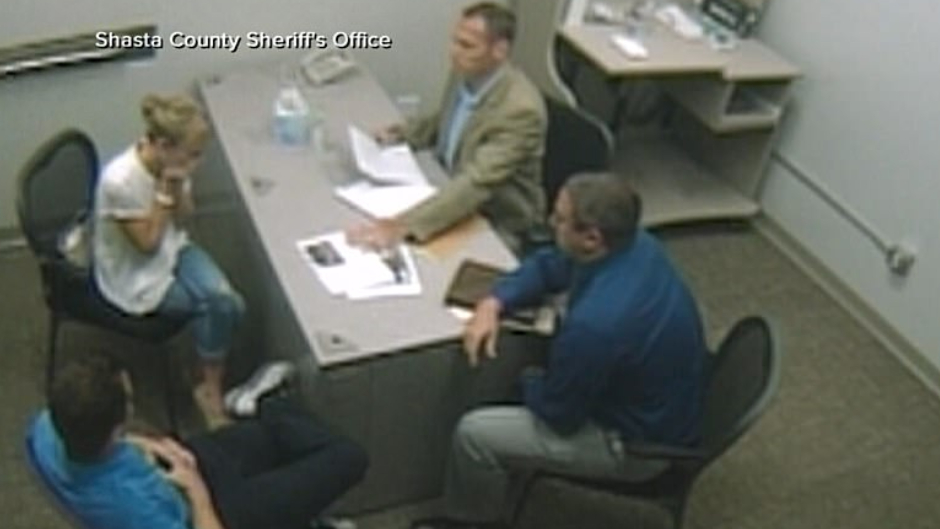 New video footage shows the moment Sherri Papini admitted to California cops that her 2016 kidnapping was a hoax.

On Monday, Papini, 39, was sentenced to 41 months in prison and fined $300,000 for falsely claiming to have been kidnapped for 22 days. The newly-released surveillance footage, which was broadcast on ABC’s “Good Morning America,” shows the moment Shasta County revealed to Papini that they knew the man she was with during her disappearance was ex-boyfriend James Reyes.

“We have everything that says that [Reyes] told the truth,” an investigator comments. “Now the parts that don’t make sense is that you’re accusing two females who abducted you when it was James… The part that you were branded, James did it.”

Papini’s husband was sitting alongside her in the interrogation room when the kidnapping hoax unraveled.

Reyes reportedly confessed to cops that Papini hit herself in the nose with something while she was with him. He claimed he did “help her” by shooting a puck of her leg.

In the recording, Papini is heard saying, “I didn’t do anything wrong,” before police say they have conducted polygraph tests and reviewed phone records and car rentals which contradicted her story.

“I love my husband and I made mistakes talking to other men,” Papini tearfully responds.

Later, cops are heard talking to Papini’s husband about the evidence they uncovered which proves Papini lied about her kidnapping

He tells the police, “You’ve heard my side but now you’re telling me, ‘ok you guys can go home now,’ well because I don’t want her around my kids or around me at all at this point.”

Papini’s husband filed for divorce in April of this year, two days after she pleaded guilty to lying to the FBI and fabricating her own kidnapping.

Papini has been ordered to start her prison sentence on November 8. Following her 18-month sentence, she will undergo three years of probation.