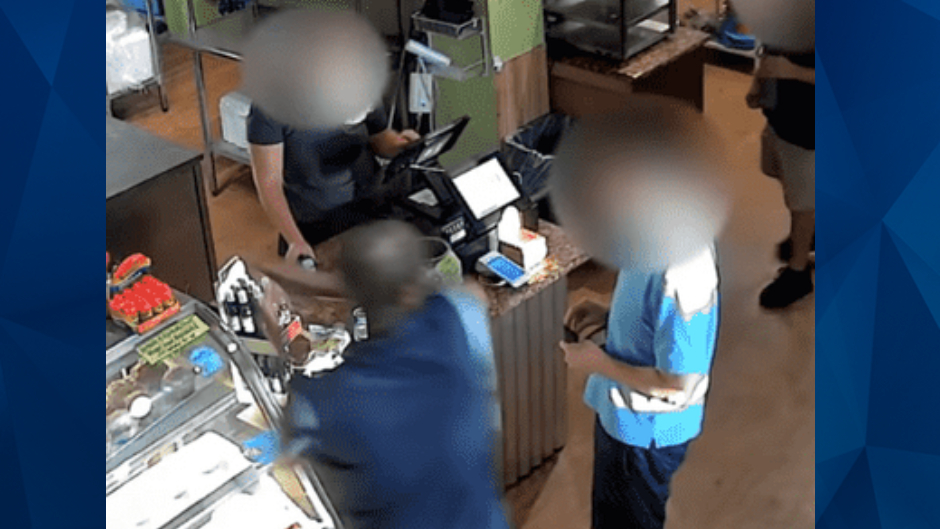 VIDEO: Victim Fighting for Life After Acquaintance Stabs Him More Than 40 Times in Store

A Florida man allegedly stabbed an acquaintance more than 40 times while at a convenience store on Monday.

Edmond Clarke, 36, and the victim were seen entering The Trading Post at Burnt Store Marina in Punta Gorda when Clarke reportedly grabbed a pair of scissors from the counter and stabbed the victim. Clarke used several other knives during the attack, according to WFTX.

The victim, who underwent emergency surgery, sustained dozens of stab wounds to the neck, head, and torso. Clarke was arrested at the scene.

According to WFTX, Clarke apparently knew the victim as he took care of the victim’s elderly father for years. WINK reported that the victim had picked up Clarke from the hospital, where Clarke was treated for abdominal pain. The pair reportedly went to The Trading Post because Clarke said he was hungry.

Per the arrest report, Clarke appeared angry while leaving the hospital and he may have been hallucinating as he made accusations against someone. The nature of the allegations was not disclosed.

Though court records stated that attempted murder charges were upgraded to murder, Lee County Sheriff Carmine Marceno confirmed to WFTX that the victim is still alive.

Clarke is due in court on October 24.