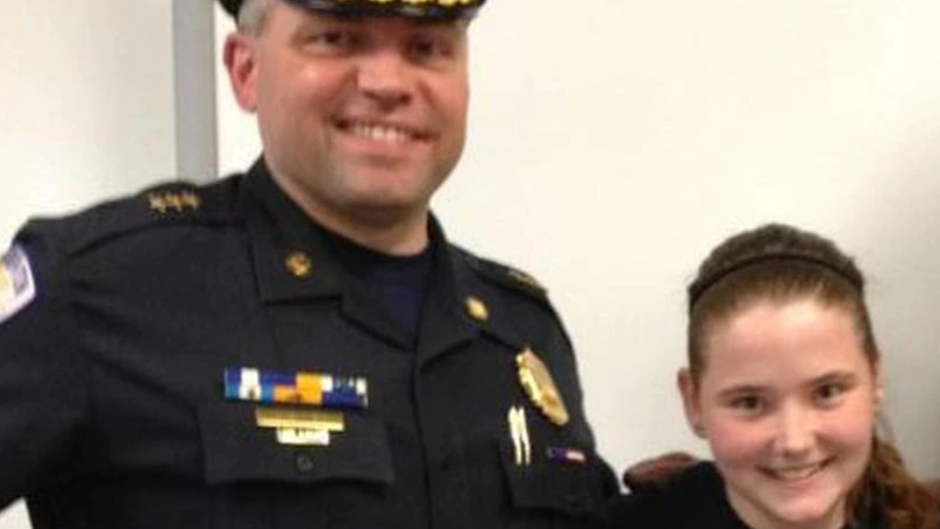 An internal report released on Friday found that three Massachusetts police officers had inappropriate relationships with a woman who reportedly died by suicide last year while pregnant with a child allegedly fathered by one of them.

The woman who reportedly took her own life, Sandra Birchmore, 23, was 13 when she joined the Stoughton Police Explorers Program in 2010. The Boston Globe reported that Birchmore’s mother and grandmother died when she was a teen, and her father was not in her life.

The internal investigation determined that ex-Stoughton police officers Matthew Farwell, 36, his twin brother William Farwell, 36, and Robert Devine, 50, committed egregious misconduct through their involvement with Birchmore, who was found dead in her Canton apartment in February 2021.

The three officers had resigned before the conclusion of the probe. Devine retired in August.

Three of Birchmore’s friends previously told The Boston Globe that Matthew, a married police officer, began having sex with Birchmore when she was 15 and he was 27 — which constitutes statutory rape as the age of consent in Massachusetts is 16.

The internal investigation also determined that Matthew ended his relationship with Birchmore and had an explosive argument with her days before she reportedly killed herself.

Matthew claimed he did not father Birchmore’s baby because he stopped having sex with her in October 2020, and she said she was due in September 2021. However, Birchmore told friends that she was pregnant with Matthew’s baby, according to The Boston Globe.

The report accused William of somehow coercing Birchmore in text messages, though the specifics were omitted. Investigators also determined that the ex-officer also violated protocol when he allegedly ran his and Birchmore’s names through a police database.

Meanwhile, investigators recovered communications that transpired between Devine and Birchmore on Facebook Messenger. Devine was reportedly on duty in December 2020 when he met Birchmore at a restaurant. Devine has repeatedly denied allegations that he had contact with Birchmore.

According to WCVB, Devine also faces accusations that he had an inappropriate relationship with a student in the after-school program at Stoughton Middle School. Devine was somehow involved in the program at the time.

Stoughton police Chief Donna McNamara said she plans to ask the Peace Officer Standards and Training Commission to decertify the three police officers. If done, the trio would be barred from working in law enforcement in Massachusetts.

None of the officers have been criminally charged.

“She [Birchmore] was failed by, manipulated by, and used by people of authority that she admired and trusted, right up until her final days,” McNamara commented. “I’m sorry these men saw fit to take advantage of her. And I’m sorry that we didn’t know more about this sooner.”