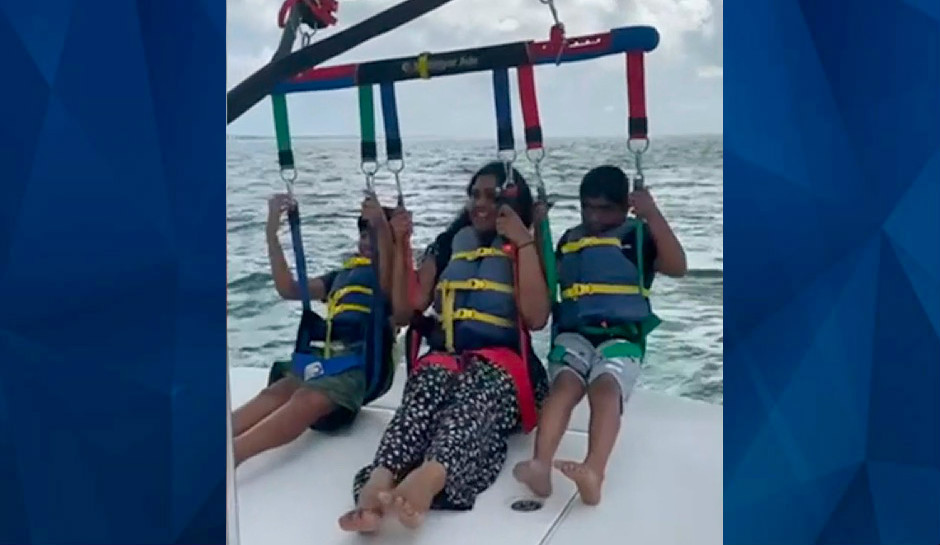 Months after a fatal parasailing accident in the Florida Keys claimed the life of an Illinois mom and seriously injured two young family members, the captain of the boat involved has been arrested.

Daniel Gavin Couch, 49, was charged with one count of manslaughter and five violations of commercial parasailing statutes, WPLG reported.

As CrimeOnline previously reported, Couch cut the line tethering the parasail to the boat, leaving it to drag them “through and across the surface of the water” before slamming them into the Old Seven Mile Bridge on May 30.

Supraja Alaparthi, 33, was dead by the time a good Samaritan boat captain untangled her and the two young boys from the lines and rushed them to a restaurant in Marathon to be taken to hospitals.

Alaparthi’s 10-year-old son, Sriakshith Alaparthi, and her 7-year-old nephew, Vishant Sadat, were first taken to Fisherman’s Hospital in Marathon before Sadat was airlifted to Nicklaus Children’s Hospital in South Miami.

The victims’ family has filed suit against Lighthouse Parasail Inc, the Marathon-based company Couch worked for, WPLG said. Video released by the law firm shows the family lifting off the boat at the beginning of their parasail adventure. Witness video released at the time of the accident — shot by the good Samaritan to rushed to help — shows the parasail skipping along the ocean surface shortly before the conclusion.

A storm was blowing into the area that day, and the wind had picked up considerably. The charges say that the weather was a “key contributing factor” in the accident and that Couch ignored a weather alert earlier in the that. Additionally, his VHF radio was turned off.

“There is no excuse for the negligence and disregard for public safety that was shown in this case,” Florida Fish and Wildlife Conservation Commission Regional Commander Major Alberto Maza said in a statement released by the agency. “My prayers go out to the families of those involved in this terrible accident. Our investigators conducted a thorough investigation, and the charges today hold those responsible for this tragedy accountable.”