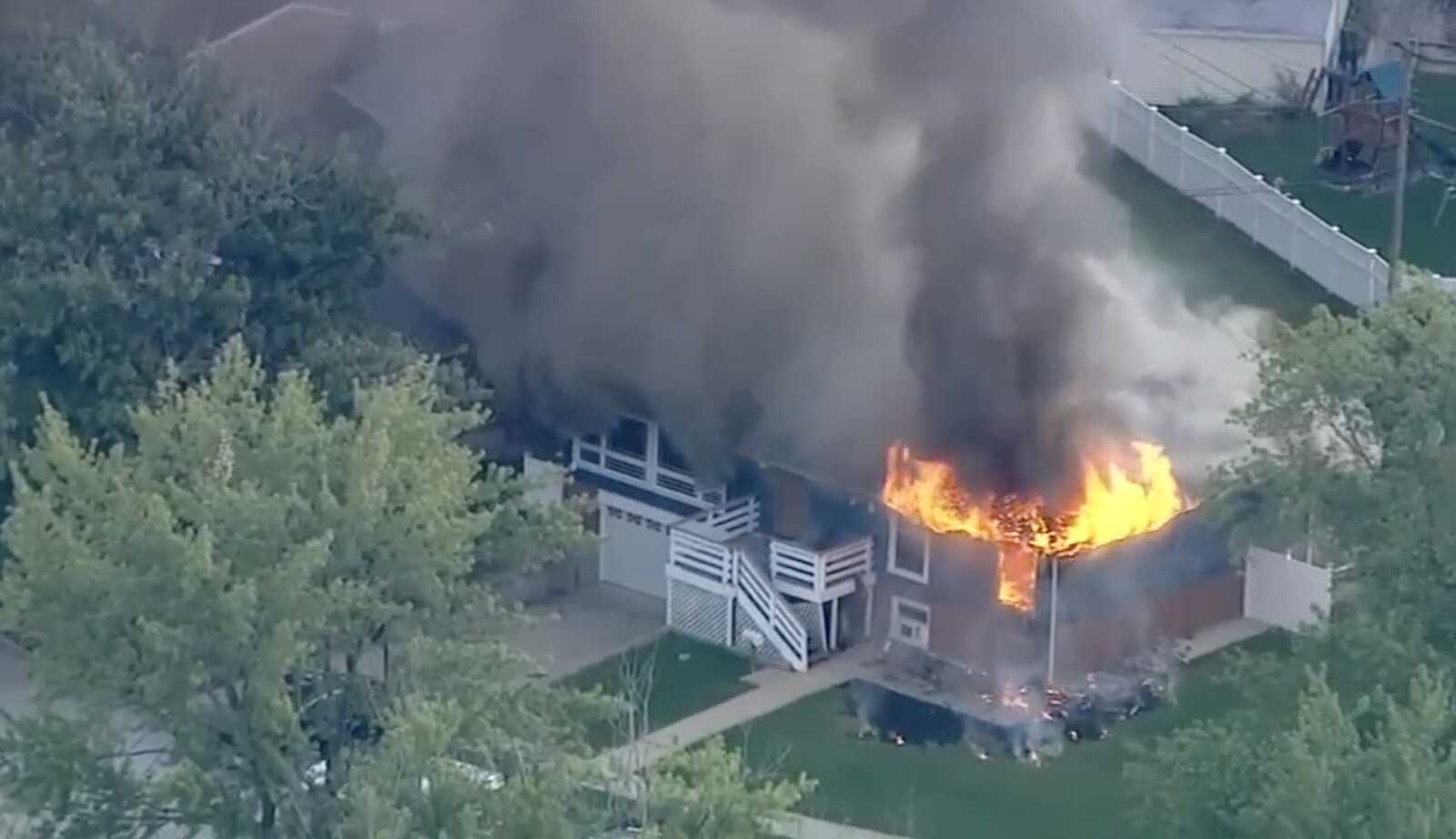 Dad Shoots 3 Family Members, Barricades Himself Inside House AND SETS IT ON FIRE

A neighbor’s Ring camera captured the chilling sight of a suburban Chicago man shooting three members of his family outside their Oak Forest home early Friday morning, then barricading himself inside the home and apparently setting it on fire.

The fire soon engulfed the home, and once it was extinguished, police found 44-year-old Carlos Gomez Jr, the suspected gunman, dead inside, according to WLS, which viewed the video. A gun was also found on the scene.

When police arrived on the scene, they found two victims in the home’s driveway and a third on the street just south of the house. They pulled the victims into squad cars and took them to hospitals, where they later died from their injuries.

Police said a minor was sent out of the house into the hands of police before the fire broke out.

Police have not revealed what might have led to the shooting, but court records show that Gomez Jr was charged in late 2016 with domestic battery and criminal damage to property. The victim was listed as Lupe Gomez. An order of protection was issued for her, but it was vacated nine days later, and the domestic violence charge was dropped.

The records say that Gomez Jr’s firearms were initially confiscated at that time but later returned to him. It’s not clear if he still held a valid firearm license.

Neighbors said that at least one surviving family member attends Oak Forest High School, which cancelled its homecoming parade on Friday because of “an ongoing incident in the community.”

Neighbor Brad Weert told the Chicago Sun-Times he’d known the family for about a decade.

“You don’t know what’s going on behind closed doors,” he said. “We all have to realize when we need help.”