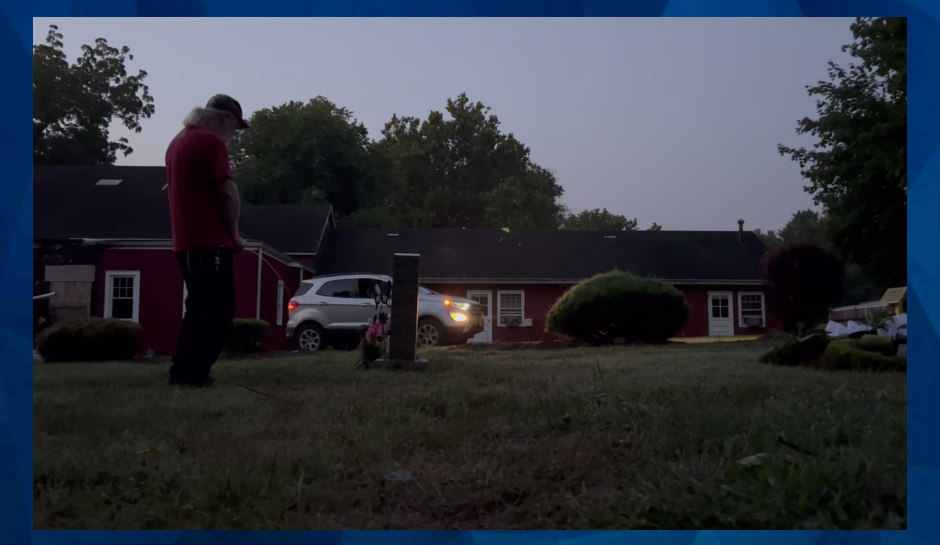 ‘He’s using my mother’s grave as his toilet’: Man Caught Urinating on Ex-Wife’s Grave, Enraging Her Family [SEE IT]

A man has been urinating on the grave of a former wife and leaving feces-filled bags there, enraging the woman’s adult children who say police aren’t doing enough about it, the Daily Voice reports.

The disgusting morning ritual was discovered after the woman’s kids began finding the poop bags by her grave at the Tappan Reformed Church cemetery in Orangetown, New York.

“I never had so much rage in my life,” the woman’s son, 43-year-old Michael Andrew Murphy, told the news outlet about how he felt after discovering what was happening.

It was in April when the children first found a bag at the burial site of their mother, Linda Torello, who died in 2017 from cancer.

The 66-year-old had seven kids and 13 grandchildren and was expecting to become a great-grandmother when she died. The children assumed the bag was left mistakenly by a dog walker, but then they found another bag on a return visit.

Murphy told the New York Post that after finding the second bag, he and his sister called police and that the officers took a report.

The siblings also got permission to install a trail camera on a tree, which recorded a visitor arriving around 6:15 a.m. each morning and urinating on the gravesite.

However, the footage was grainy and blurry, so Murphy and his sister staked out the cemetery one morning and placed a smartphone on a nearby headstone while they hid in a shed.

“I was shaking while I was hiding. My sister was crying. . . . I was sick I was so angry,” Murphy told Post. “I felt like getting out and killing him.”

“I don’t know how I made it through that,” he added in an interview with the Daily Voice.

The siblings learned that the man, who lives in New Jersey, had been briefly married to their mother in the 1970s and fathered one of her children.

“I don’t know if the man owns a dog, or is sh*tting in a bag himself, or is getting some dog sh*t,” Murphy told the Post. “All I know is that he’s using my mother’s grave as his toilet every morning.”

A police officer reportedly issued a ticket to the man for public urination, but Murphy said the man should face greater accountability. In New York State, cemetery desecration is considered a crime if it causes damage greater than $250.

Murphy may have met the damage threshold because he and his family have paid for a hazmat firm to remove urine-soaked decorations, clean the headstone and replace the surrounding grass. The family also had to pay for permits for the companies to do the work.

Additional offenses could include criminal mischief and trespassing, according to the Daily Voice.

News organizations are not identifying the man because he has not been criminally charged. He reportedly left Torello while she was pregnant and was an absent father to his biological daughter. The man reportedly ran into the daughter earlier this year and allegedly told her that he wished she was dead, according to the Post.

Murphy posted a video on Facebook of the man urinating at the gravesite, prompting comments offering support.

“This is outrageous,” one commenter wrote.

“He could have been peeing out there for five years and we wouldn’t have known it,” Murphy told the Post. “We only found out because of the feces.”

“It’s been hard to sleep. I’ll start to fall out and suddenly I wake up,” Murphy told the Daily Voice. “I don’t care who you are. This has to make you sick. This happening to our mother. . . . It’s horrible.”