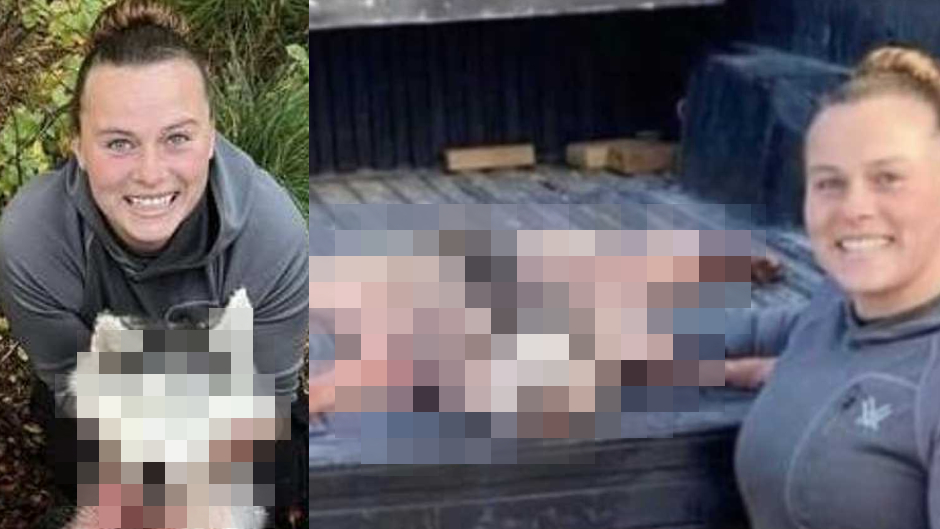 GRAPHIC: Hunter Kills & Skins Husky, Then Claims She Mistook it for Wolf

A Montana woman is being investigated after she allegedly shot and killed a Siberian husky, believing it was a wolf pup.

Amber Barnes, 36, reportedly killed the dog in the Flathead National Forest while hunting for a black bear. Police said the dog was one of 12 Husky-Shepherd mixes abandoned in the forest, though their owner has not been located, according to the Daily Mail.

After posting pictures of the dog’s carcass, Barnes reportedly took to Facebook to explain that she did not regret killing the dog because it was acting aggressively and had charged at her.

@MontanaFWP Amber Rose here hunted, shot, AND SKINNED a HUSKY.. not a wolf, an obvious #HUSKY. Also the fact that she is calling it a “pup” concerns me that she thinks it’s ok to hunt young animals which, as you know, is not good for an areas eco system #revokeherlicense pic.twitter.com/hPNLzBzbJq

“During this time, safety was my top priority this animal was growling howling and coming at me like it was going to eat me,” she wrote, per the Daily Mail.

The news outlet reported that many of the abandoned dogs have parvovirus, a contagious virus that typically causes gastrointestinal issues in puppies. The Daily Mail reported that before the shooting, citizens located the other dogs and turned them over to animal control.

Barnes has not been criminally charged. Authorities are reportedly looking into whether she has a valid hunting license.

“We are looking into that aspect of it but it’s not really clear what the outcome of that investigation will be,” Greg Lemon, Montana Fish, Wildlife, and Park’s communication and education division administrator, told the Daily Mail.