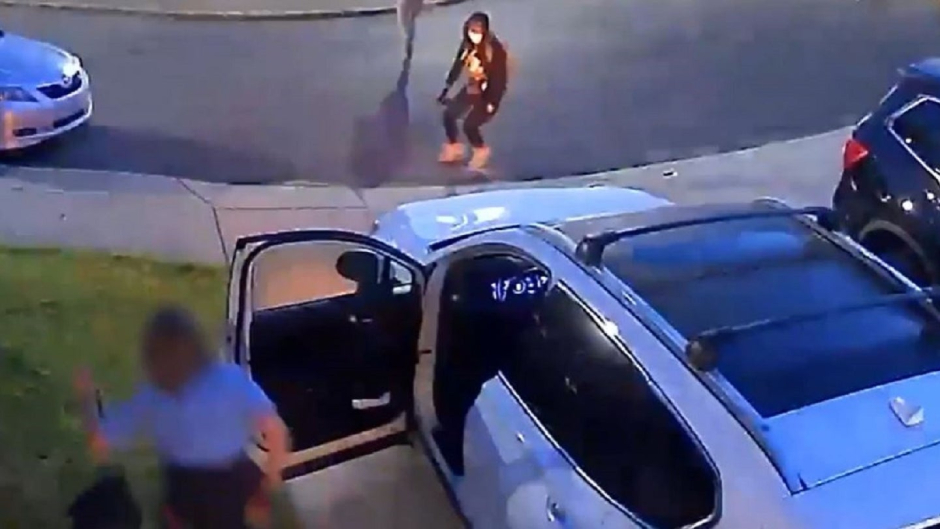 VIDEO: Carjacker Pulls Gun on Mom & Teen Daughter as They Head to School

Pennsylvania police are looking for a suspect who was reportedly filmed carjacking a woman and her teen daughter last week.

WTXF reported that the incident occurred in Philadelphia on September 19. The victims were leaving their home when the carjacking suspect emerges and threatens them with a gun.

“It appears he was laying in wait,” police Captain John Ryan told WTXF. “He rode a bicycle up there, left the bicycle behind, we have that.”

No injuries were reported. The suspect reportedly took the mother’s gun and drove off in her Hyundai Santa Fe.

Philadelphia Police Inspector Charles Layton told WPVI that the woman remotely turned on her car via an app. The news outlet reported that the vehicle was found and is being dusted for fingerprints.