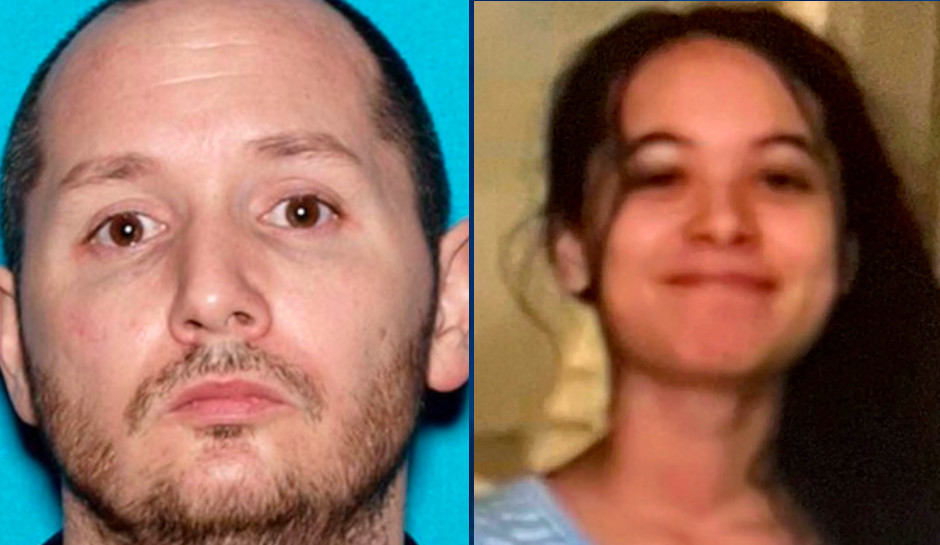 A California murder suspect and the 15-year-old daughter he allegedly kidnapped were killed in a shootout with police on Interstate 15 Tuesday.

An Amber Alert had been issued on Monday for Savannah Graziano after Anthony John Graziano allegedly shot and killed her mother near an elementary school in Fontana, according to KABC.

On Tuesday morning, San Bernardino County sheriff’s deputies got a tip about a vehicle matching the description in the Amber Alert and set off after it.  The pursuit lasted for several miles, authorities said, with gunshots fired out the truck’s rear window at pursuing deputies.

The deputies caught up with the truck in Hesperia when Graziano’s pickup truck became disabled. Witnesses described a massive exchange of gunfire between deputies and the truck.

San Bernardino County Sheriff Shannon Dicus said that during the exchange, Savannah Graziano exited the truck’s passenger side and ran toward the deputies. She was wearing tactical gear, including a helmet and a military-style vest. The girl was taken to a hospital and pronounced dead shortly before noon.

Her father was pronounced dead on the scene.

The sheriff’s office didn’t say whether the teen was killed by bullets fired by deputies or her father, but officials did say that deputies did not initially realize it was the girl running toward them and not her father.

Although the only gun found at the scene was with Graziano, Dicus said that detectives believe Savannah Graziano may also have been firing at deputies.

“There may be some information that the passenger was involved in firing back at the deputies, and we’re still trying to confirm that at this point,” Dicus said.

The murder of the teen’s mother and Graziano’s estranged wife, Tracy Martinez, which launched the manhunt, set off panic around the school where the shooting took place.

“The man just came down the street shooting. He started shooting in that direction,” neighborhood resident Andy Davis told Eyewitness News Monday. “Hit those trees, houses across the street. They say the bullets were skipping off the street, and the woman was trying to run for her life, and unfortunately she was hit. Once she was hit I guess he shot at her a few more times.”