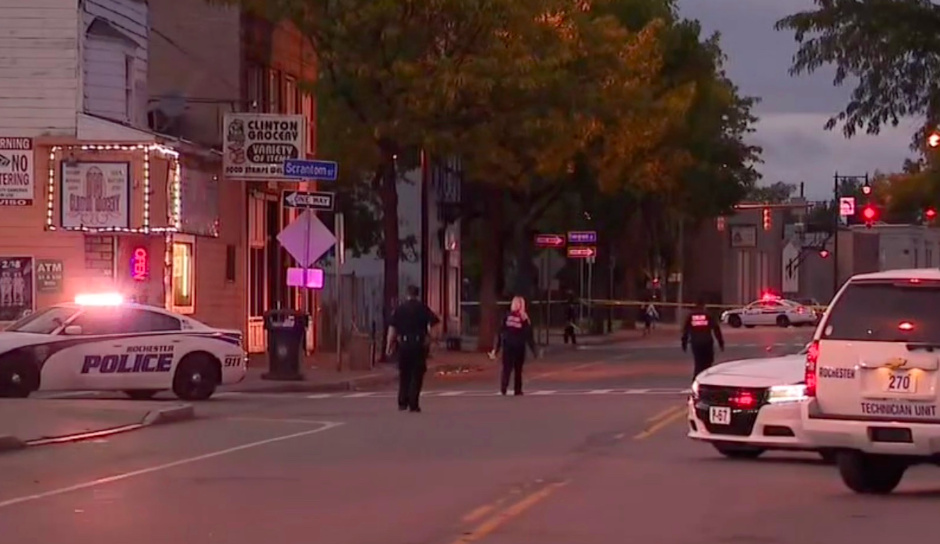 A toddler waiting in the car Wednesday night was caught in the crossfire of a shooting that erupted when an adult left him there to step into a grocery store.

Nearby Rochester Police officers heard the gunshots just before 6 p.m. and rushed to the scene, WHAM reported.

The boy was hit at least once in the upper body while sitting in a car seat, police Lt. Greg Bello said. He was taken to Rochester General Hospital by private vehicle and then by ambulance to Strong Memorial Hospital. Police described his injuries as life-threatening and said he was immediately taken into surgery, according to the Rochester Democrat & Chronicle.

“My thoughts and prayers are with the family of this 3-year-old,” Rochester Police Chief David Smith said Wednesday night. “As a father of five myself, I cannot begin to imagine what they are experiencing right now at the hospital while their child is in surgery.”

Bello said that officers are unsure how many people participated in the shooting but that the child was hit while the suspects were firing at one another across the street between the grocery and a gas station. Several people fled the scene, he said, and officers chased one person for a few blocks to a home where they confiscated two guns and detained several people.

The police chief and Rochester Mayor Malik Evans both condemned the gun violence that has rocked the city — and particularly this neighborhood — for much of the summer. according to WHAM.

“Men and women of the Rochester Police Department are working as hard as they can and will continue to do so so. Why with all these arrests and guns off the street, are we here now with a 3-year-old baby shot in his car seat?” Smith said.

Evans said the neighborhood “is sick of it.”

“We are dealing with individuals who have no regard for life. Not for their own life, and not for the people living in these communities that are sick of it,” he said, adding that most of the residents of the neighborhood “are good hardworking people.”