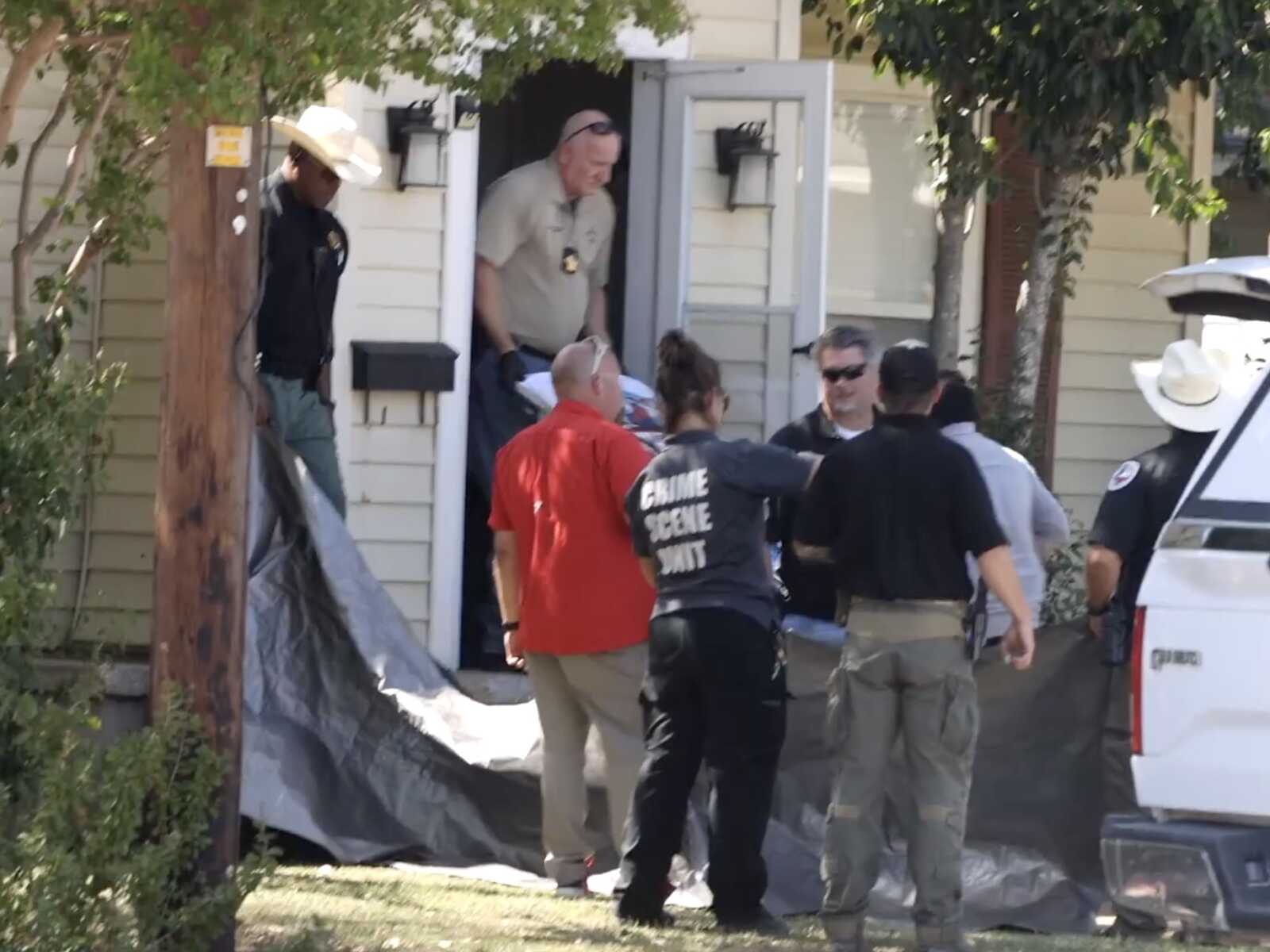 A small Texas city straddling two counties was rocked Thursday morning by gunfire that left five people dead and the suspect hospitalized after he was shot by police.

McGregor police asked the Texas Rangers to conduct the investigation of the incident that ended in a shootout when police arrived on the scene.

Authorities have not released the names of the victims or the suspect, but friends and family told the Waco Tribune-Herald that two of the victims were Lori Aviles and her young adult daughter, Natalie.

State Rep. Charles “Doc” Anderson told NBC News that another child of Lori Aviles and two neighbors were also killed. The suspect was Aviles’s partner, Anderson said, and the neighbors were killed when they went to investigate the gunfire.

The suspect is in custody at the hospital, officials said, according to the Tribune-Herald.

McGregor Mayor Jimmy Herring said that police were called just after 7:30 a.m. about gunshots in the neighborhood. When officers arrived, the suspect reportedly opened fire, prompting return fire from the officers.

“It’s over, but we want successful healing of the community,” he said later Thursday. “This is not something I looked forward to when I came to work this morning. It’s one of those things we wish would never happen.”

Police activity focused on side-by-side frame homes on Thursday afternoon, with officers and crime scene technicians in and out working the scene. By Thursday night, the Bethlehem Christian Church had organized an impromptu service for Lori Aviles’s teen sons, Ezra and and Zion. The boys’ late father, Mike Aviles, had been the youth pastor at the church.

The town’s school cancelled all activities and brought in counselors, who were returning on Friday.