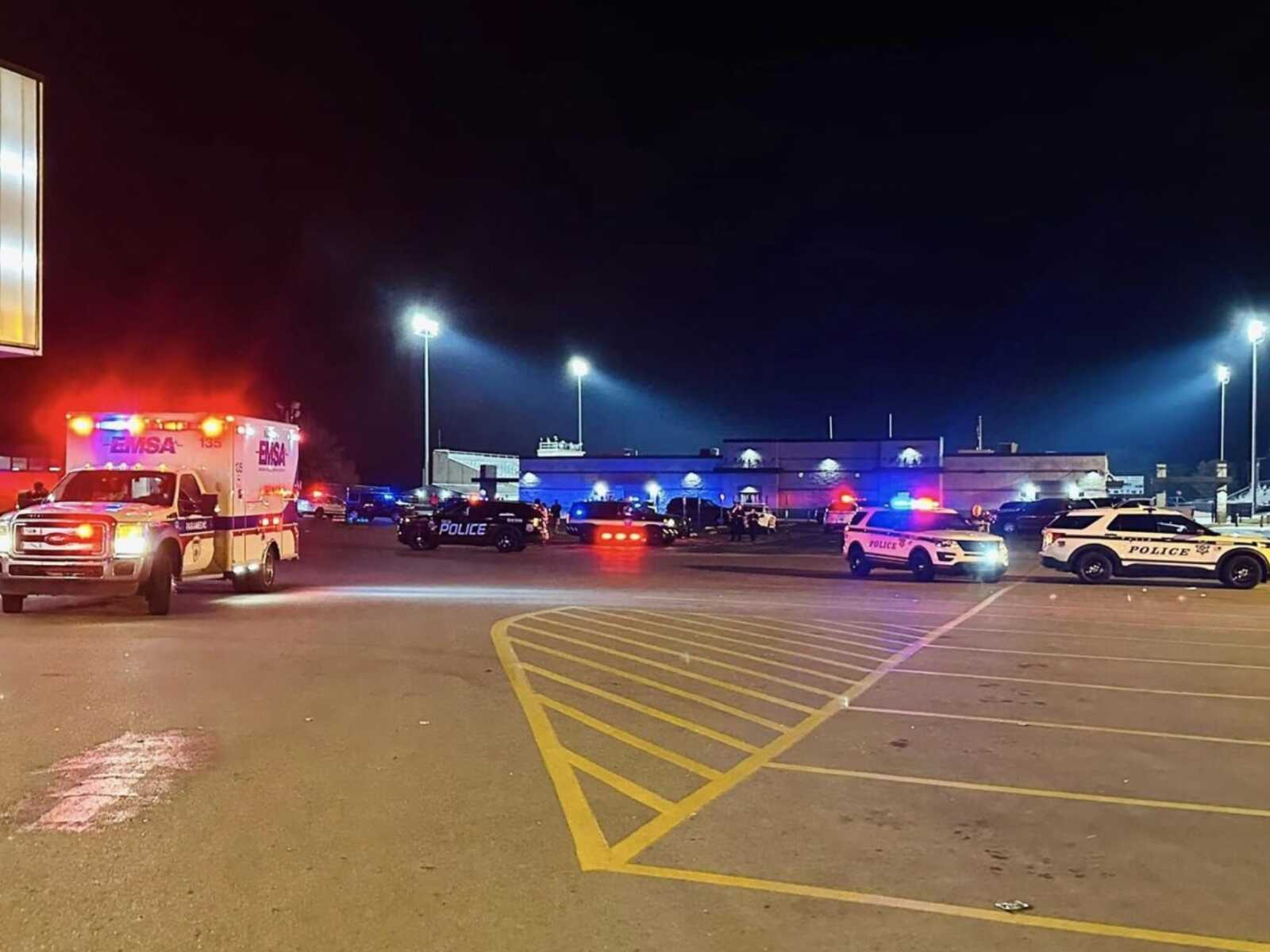 Two 17-year-olds were shot Friday night, one fatally, when gunfire erupted at the end of an Oklahoma high school homecoming football game.

Police, including three school resource officers, responded quickly to the scene but were unable to locate the suspect, said to be another 17-year-old, KTUL reported.

The shooting took place outside the football stadium of McLain High School, a magnet school for science and technology, in Tulsa. McLain’s football team was playing a team from Miami High School.

One of the victims was pronounced dead on the scene and the second was rushed to a hospital with a bullet wound to his mid-torso. Police said he was listed in stable condition.

Police did not say if the victims or suspect were students, but an official for Miami High School later said all players, staff, and fans from Miami were safe.

Investigators said there were hundreds of people on the scene, adding they hope witnesses come forward with information. They believe the suspect escaped on foot and is likely armed and dangerous.

After the shooting, the superintendent of Miami Public Schools announced that the majority white Miami High School “will not travel to Tulsa McLain again to participate in any school activity” and that the school district would “accept any consequences that come from this decision.” McLain’s student body is primarily minorities.

Miami is an 88 mile trip to Tulsa.