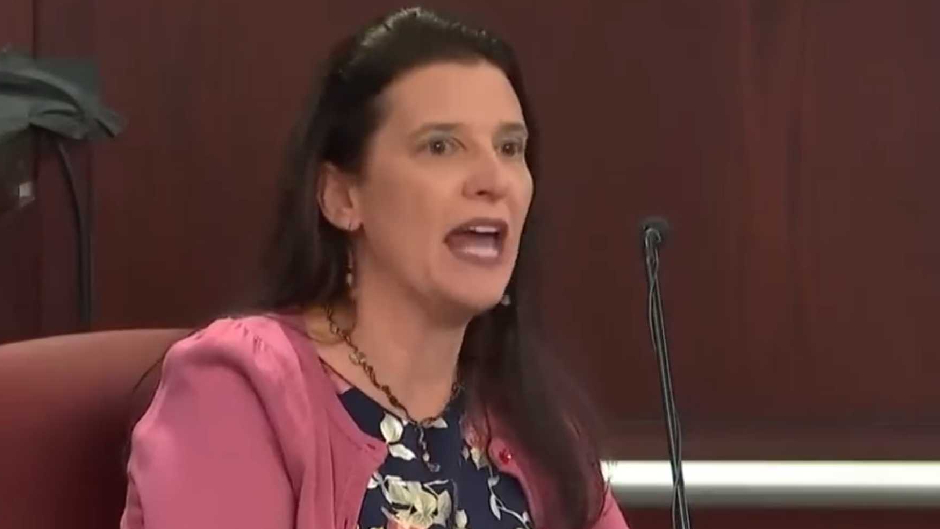 SEE IT: Man Sentenced to Life After Representing Himself, Grilling Ex-Wife on Stand About Details of Kidnapping & Rape

A Florida man who represented himself this summer as he questioned his ex-wife about kidnapping and raping her in 2017 was sentenced on Monday to life in prison.

WXIA reported that Trevor Summers, 45, claimed the ordeal was planned. Summers did not take the stand but he cross-examined the victim, Alisa Mathewson, after she recounted being tied to a bed and sexually assaulted multiple times.

Shortly after Mathewson asked for a divorce, prosecutors said Summers convinced their 14-year-old daughter to leave a window open at Mathewson’s Hillsborough County home so he could break in, hold her captive for two days, and tie her to a bed with Christmas lights.

Summers also asked his ex-wife what window he used to break in, but she said she did not know because she was sleeping at the time.

During the abduction, Summers also held a pillow over Mathewson’s face until she lost consciousness. At some point, Summers forced his ex-wife into an SUV and drove around in hopes of finding a marina where he could charter a boat and go out to sea.

However, Summers’ plan fell apart when Mathewson tried to flee while they stopped at a Walgreens in Hillsborough County. A witness saw Summers place his wife — whose hands were bound — back into the SUV. Two days later, police discovered the same vehicle at a waterfront resort in Ruskin.

It was at the waterfront resort where Summers penned a confession letter to his children and tried to strangle his ex-wife. However, authorities said he noticed police closing in as he placed the rope around her neck.

Police were following Summers’ SUV to a home two miles away when Mathewson jumped out. Summers tried to slit his own throat before he was placed under arrest.

During the trial, Summers also questioned his ex-wife about their sex life and the scarves he used to tie her up during the abduction.

“I know that they are those colors because you used them to tie me up after the struggle,” Mathewson said while on the stand.

In August, Summers was convicted of attempted first-degree murder, kidnapping, and sexual battery.

In addition to this case, Summers is awaiting sentencing for his involvement in a federal investment fraud scheme in Pennsylvania. The current trial is expected to continue through this week.