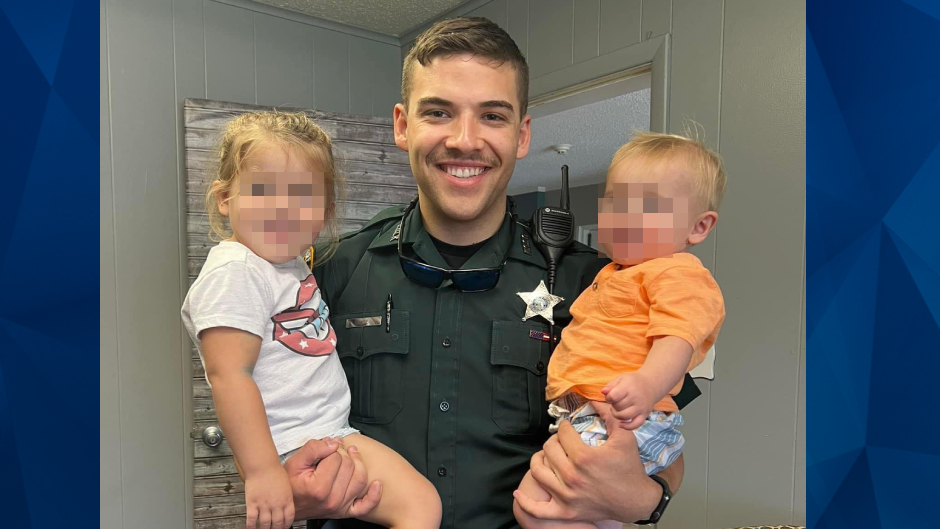 Judd said the officers confronted the suspect, who escalated the matter when they brandished a BB gun which resembled a handgun. Judd speculated that the suspect planned to commit suicide by cop.

WWSB reported that Lane and the three other officers were serving a warrant to Cheryl Williams in connection with a meth-related case. She was also shot on Tuesday and is in stable condition.

According to The Free Press, the bullet that killed Lane initially hit his left arm. A witness reportedly identified the suspect who brandished the BB gun as Williams, who is expected to be charged with second-degree murder after she is discharged from the hospital.

The Ledger reported that Polk County police officer Blane Lane, 21, was killed while he and three other deputies served an arrest warrant. The four officers were shot at as they entered a trailer.

The arrest warrant was for failing to appear in a drug case.

Officials have not officially named the officer, but acquaintances said it was Lane. Sheriff Grady Judd said the 21-year-old officer had been with the police department “a short time.”

Lane’s body was reportedly transported to the medical examiner’s office in Winter Haven. Officials have not yet identified the suspect or suspects in this case or their whereabouts.